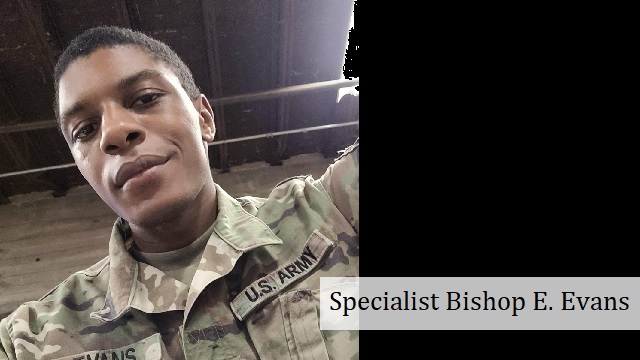 A Texas Army National Guard soldier assigned to Gov. Greg Abbott’s highly touted border operation went missing after trying to save a drowning migrant in the Rio Grande near Eagle Pass on Friday, the Army Times reported. The soldier jumped into the river just after 9:45 a.m., according to documents obtained by Military Times and The Texas Tribune. Despite removing his body armor before entering the Rio Grande, the soldier did not resurface.

There’s blood on the hands of every Democrat and RINO who supports this hostile invasion.

With the Texas Rangers as the lead for the continued investigation, the Texas Military Department, Texas Department of Public Safety, Texas Parks and Wildlife, and the Border Patrol have tirelessly worked through search and rescue teams in an effort to locate SPC Evans. Dive teams were forced to halt their operations yesterday evening as the river’s current continued at an increased pace, making dive operations very challenging. Search and rescue operations began again early Sunday morning, with the addition of three airboats from the Texas Department of Public Safety.

SPC Evans, 22, a field artilleryman from Arlington, Texas is assigned to A Battery, 4-133 Field Artillery Regiment in New Braunfels Texas, and joined the Texas Army National Guard in May 2019. He returned in the fall of 2020 from mobilization to Operation Spartan Shield in Kuwait. During this mobilization, his dedication, talents, and tactical prowess led his leadership to regularly assign him to operations in Iraq in support of Special Operations Forces for short periods of time, while then rotating back into Kuwait

The mission of the Texas Military Department (TMD) is to provide the Governor and the President with ready and trained forces in support of the citizens of Texas and State and Federal civil/military authorities at home and abroad.

Tech giants are shutting us down. You know this. Twitter, LinkedIn, Google Adsense, Pinterest permanently banned us. Facebook, Google search et al have shadow-banned, suspended and deleted us from your news feeds. They are disappearing us. But we are here.Subscribe to Geller Report newsletter here— it’s free and it’s essential NOW when informed decision making and opinion is essential to America’s survival. Share our posts on your social channels and with your email contacts. Fight the great fight.