Brad Miner reviews a movie about the founder of the Jesuits. It is as good as any Catholic film may hope to be.

Although this biopic of the founder of the Jesuit order premiered last summer, I only had a chance to see it this past week. Writer-director Paolo Dy’s film was shot – in the English language – in Spain and the Philippines under the auspices of the Filipino Jesuit Communications Foundation (JesCom Films). It’s unlikely to be on a screen at your local Cineplex, but – as I’ll explain towards the end of this review –you can take the initiative to arrange a screening for your church group or other Catholic organization.

And I urge you to do so, because this is a Catholic film that stands head and shoulders above any I’ve seen in years. It’s both truly Catholic and superb cinema. 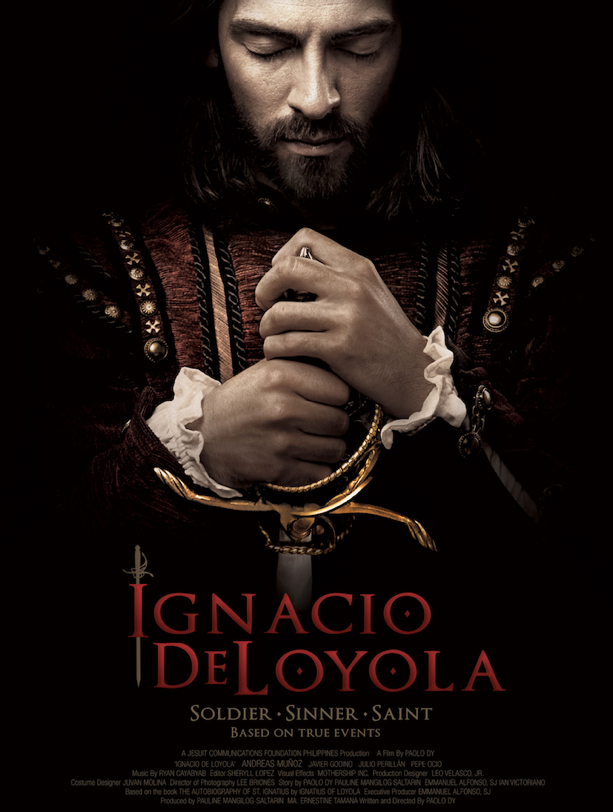 The film begins with fire and water – a leitmotiv throughout. One goes into the fire of conversion and emerges through the water of new life. Iñigo Lopez de Loyola (played the Spanish actor Andreas Muñoz) unfolds like a flower opening in scorched earth – he is a soldier proofed like a sword in flame then shoved into water to forge its strength. This is actually a scene, and it’s powerful.

The story of Loyola, a Spanish nobleman broken by war who goes on to found the Society of Jesus, is like many true tales of conversion. From Augustine to Merton, but especially St. Francis of Assisi before him and Charles de Foucauld after, who were also soldiers for whom the deep wounds of war led to a deeper conviction to serve Christ. Like St. Augustine, Loyola lived a somewhat carnal life until he was severely wounded in the Battle of Pamplona in 1521.

RELATED ARTICLE: Meet the New Leader of One of the Biggest Religious Liberty Organizations