Several weeks ago, as we reported here, the far left liberal propaganda outlet, Media Matters, declared its war on Fox News was over since Fox had changed its evening show lineup – obviously demonstrating Media Matters was victorious. and that due to its changing the evening show lineup they had been victorious. This assertion was of course absurd, but then again, truth and reality are only minor obstacles for liberal progressives.

However I would be interesting to hear how Media Matters would interpret this report from the Financial Times,

CNN has cut more than 40 senior journalists from its newsgathering operation – including a producer who was two weeks away from giving birth to twins – as part of a reorganization of the business under its president Jeff Zucker.

The cutting of production and editorial staff at the Time Warner-owned group comes as Mr Zucker tries to re-establish CNN as the dominant force in 24-hour cable news, a crown it lost several years ago to Fox News Channel.

Right now one of the most popular shows on CNN isn’t news at all but a travel and food program hosted by Anthony Bourdain, a celebrity chef. The channel has acquired a documentary about the discovery of a Tyrannosaurus Rex skeleton and it will soon air Chicagoland, a reality series about Chicago politics.

Can you imagine the Left’s reaction if Roger Ailes was making similar moves at Fox News? CNN brought in Zucker to resuscitate the ailing network, which if you were to take away its monopoly of airports, would hardly be watched by anyone.

Apparently Zucker’s efforts have failed to lift CNN’s audiences in prime time, the crucial evening period when television networks generate most of their advertising revenue. According to the Financial Times, the network continues to lag behind Fox News and recently hit a 20-year low in prime time ratings. Nielsen revealed that CNN’s ratings for the key 25- to 54-year-old demographic fell last week to their lowest level since May 2012, with CNN averaging 78,000 viewers for the whole day and 98,000 in prime time.

So much for being “the most trusted name in news” — seems like the focus will be on dinosaurs from now on– perhaps a prophetic message?

I grew up in Atlanta and remember the days of WTCG, then TBS, and then when CNN hit the scene. No one believed a 24-hour news channel could survive.

The problem isn’t about the news being reported, it’s about how the news is being reported. If you tune in CNN, as opposed to Fox News, it seems to come from a distant parallel universe based on the information reported and how it’s presented.

CNN has surely lost its mantle as a trusted news source, after all, who made the brilliant decision to give Piers Morgan his own show? Hello Media Matters, the actions of CNN certainly look like a mea culpa to me, and most everyone else.

But President Obama need not cry too much. He still has ABC, CBS, NBC, PBS, and MSNBC along with most of the major newspapers carry his water.

Frankly all of them combined are getting their tails handed to them by Fox News, talk radio, and the internet. How much you want to bet this website is on the Obama and Media Matters hit lists? 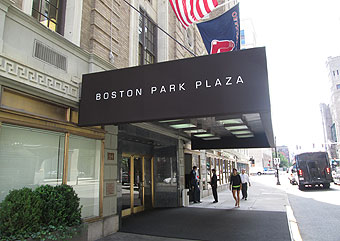 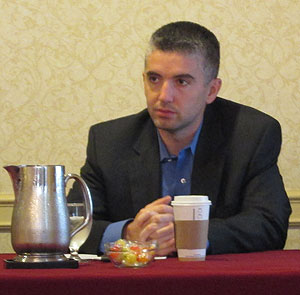