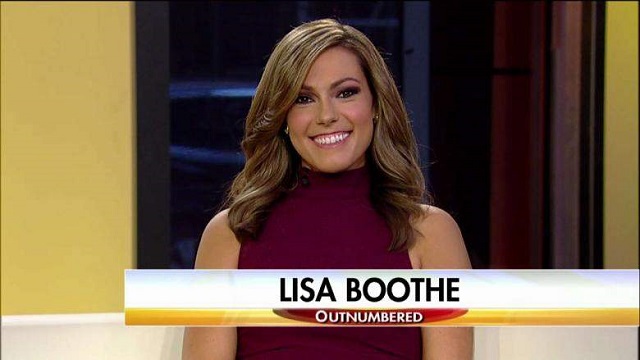 Boothe made her claim during the opening segment of “Outnumbered” in response to fellow contributor Marie Harf, who argued that President Donald Trump was the one stoking the flames of racial division.

Harf said that Trump had been dividing Americans “for weeks now”  with his rhetoric, adding that Biden stood out in stark contrast to that.

Boothe was quick to reply, saying, “We know that Joe Biden and Kamala Harris don’t care about the violent riots because they didn’t mention it the week of the DNC convention. They could have condemned it.”

Boothe went on to mention by name several people who had lost their lives in the dangerous riots — including retired St. Louis police Captain David Dorn, whose widow Ann Dorn was asked to speak at last week’s Republican National Convention — noting that Biden and vice-presidential nominee Kamala Harris had not made any mention of them either “until it became a political liability for their campaign.”

Turning to the situation in Kenosha, Wisconsin, Boothe claimed that Biden’s response to the police shooting of Jacob Blake had been divisive because of what it omitted.

Saying that the bullets that pierced Blake’s body had “pierced the nation,” Biden called the shooting another example of a black American being the “victim of excessive force.”

Boothe concluded by saying that Biden had attributed the shooting to race — without evidence — and had failed to address the information released by the Kenosha Police Association indicating that Blake had been armed at the time, had resisted arrest and was the subject of a felony warrant for sexual assault.

“There is a compelling other side of it that we don’t hear from Joe Biden and don’t hear from people like Tony Evers,” Boothe said. “They are the ones that are stoking the fire and stoking divisions in the country. They should be condemned for doing that.”

"If I am caught, others will take my place & immediately detonate the bomb."

Read my report w/@MiaCathell about the Seattle queer #antifa who promised to blow up a Portland Police station. Kyle Tornow was arrested today following an FBI investigation. https://t.co/fjJE5LsgEi

‘Obviously Black Lives Matter. I Think Mine Does’: Harris Faulkner Has ‘A Lot Of Questions’ About 3 AM Protests My, oh my. This is why President Obama’s AUMF must be rejected. State Department Deputy Spokesperson Marie Harf actually said “we cannot win this war by killing them [ISIS], we cannot kill our way out of this war” yesterday on MSNBCS’s “Hardball.” Instead, her solution is a jobs program and training for all those jihadis. Even host Chris Matthews was shocked. ‘Nuff said. Watch.