MOSCOW – A peculiar bald monkey, born at the Moscow Zoo during the successful annexation of Crimea and invasion into Ukraine, has been named after Russia’s enormously popular president, Vladimir Putin.The baby baboon that some believe brought luck to the Kremlin, will now be known simply as “Pootie-Poo.”

Since the monkey was born, Putin’s approval rating has remained at 86% without any signs of decline, according to zoo officials.

“There’s not a politician on earth who can maintain 86% support indefinitely – except our Russian president,” says Zoo spokeswoman, Luyda Yedova.

Yedova believes it is due to the luck brought by the bald monkey that the Russian consumers still aren’t holding Putin responsible for any of the negative consequences of his Ukraine policy. On the contrary – in spite of the falling ruble and the catastrophic depletion of the country’s budget, Putin has become even more politically powerful now than at any other time in the past decade and a half.

Zoo officials say naming the monkey after Putin was “an overwhelming favorite” among many zoo patrons who were sending in name suggestions through the zoo’s Facebook and Twitter pages.

The Pootie-Poo exhibit grew popular in the weeks leading up to the West-imposed sanctions, after the zoo installed the Russian Federation’s official emblem over the monkey cage.

A zoo visitor we spoke to said he found the name very appropriate.

“Putin accuses the U.S. State Department of setting up a puppet regime in Ukraine, and then he turns around and sets up several puppet regimes inside Ukrainian territory. Monkey see, monkey do,” he added with what sounded like Ukrainian accent.

The zoo is now hoping the real president Putin will visit the zoo for a naming ceremony for the little monkey in the coming weeks. 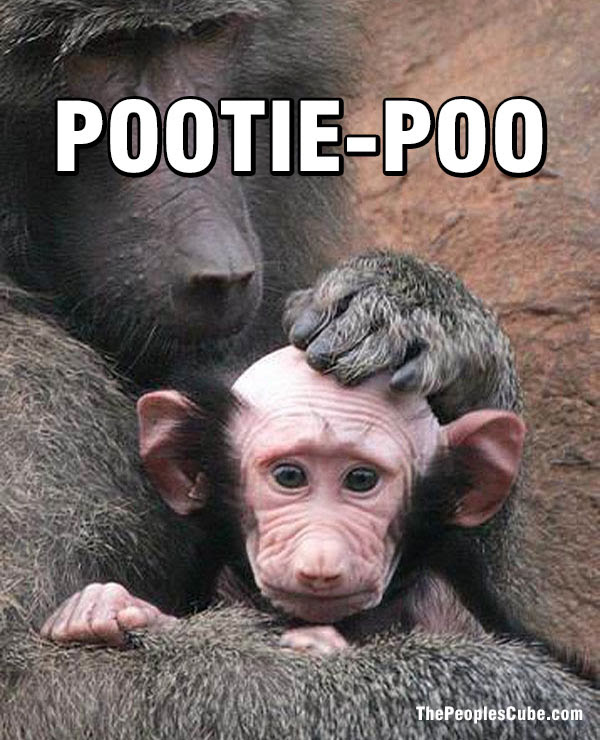