As everyone knows, the National Prayer Breakfast in Washington is a yearly event designed to put Christians in their place and advance Islam as the national religion. At the February 5th prayer breakfast, President Obama once again met the expectations of the progressive movement by telling off those uppity Christians like a true Muslim would:

Indeed, in these dark times of Christian Extremism, what we need is a president who can inform the world about all of the Christian atrocities throughout history for which currently living Americans are personally responsible. Having effectively airbrushed “Islamic Extremism” from the lexicon, Obama completed his sermon with a prayer towards Mecca.

Christians are hereby instructed to remove incorrect pages from their Bibles and replace them with the following corrected transcript of Jesus’ words: “Thou shalt murder gays; thou shalt enslave minorities; thou shalt bomb women and children.”

Since there isn’t an equivalent in the Quran of anything so hateful as this corrected version of Biblical history, Christians need to get off their high horses and admit that Jesus had personally instigated terrible atrocities, as proven by the Crusades and the Inquisition.

As if that weren’t enough, Jesus had the audacity to die but not stay dead, to walk around alive and kicking for forty more days, and then to fly up to heaven. Such antisocial behavior allowed Christians to start getting uppity around 33 A.D., which still continues unabated to this day.

The science is settled: there are no Islamic Extremists anywhere on Earth because President Obama has never uttered the words. Christians, on the other hand, are committing terrible atrocities daily, taking hostages, cutting off heads, blowing themselves up in public places, burning people alive, and otherwise terrorizing the peaceful and rapidly diminishing Muslim community. No verification of these facts is required simply because Obama is a genius who would never tell a lie. 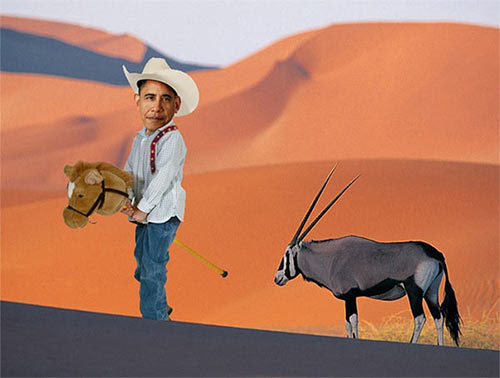 President Obama is seen modeling a People-approved low-horse for those who are barely Christians, pretending to be Christians, or embarrassed by Christianity.  (Photo Credit: blurbrain.com)

It is known that President Ronald Reagan liked to ride horses – all of them high – for which he is revered among Christian Extremists. He was once even injured in a fall from his high horse. Let that be a lesson to all Christians to get off their high horses and stay off. 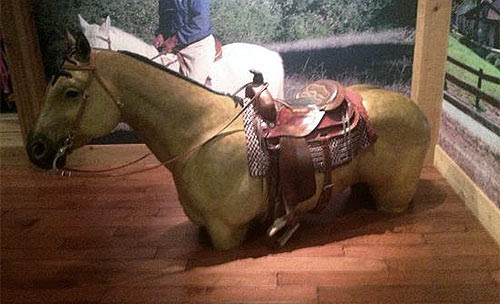 President Reagan’s horse was so high that in order to fit it into his Presidential Library, workers had to chop off its legs. This picture gives a whole new meaning to “Reagan’s quarterhorse.” Too high a horse would not be a humble memorial for a Christian anyway. 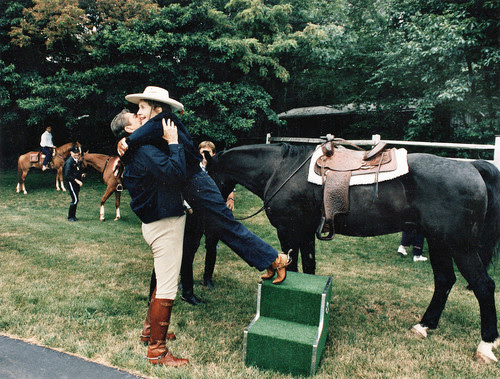 Here, President Reagan is seen assisting his wife Nancy off of her high horse.

In view of the above, our scientists at the People’s Cube Karl Marx Treatment Center have developed recommendations on how to get Christians off their high horses efficiently: hack off the high horse’s legs or replace them with miniature low horses.

A standard horse owned by a Christian should be no taller than 36 inches. All horse-riding Christians will be subject to measuring with a pole similar to those used on amusement park rides. 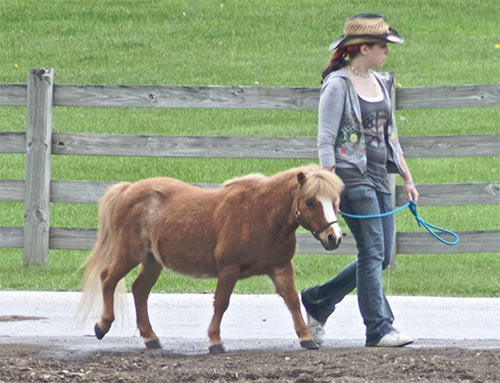 This Christian got off her high horse, and the world is a lot better off.

Compliance with these measures is expected to level the playing field, bringing Christians closer to the ground where the peaceful Muslim crowd congregates.

And finally, as we discussed the subject of Christian high horses at our latest meeting, we received a few questions from confused members of the audience. People wanted to know whether the horse in question was a Christian, what exactly the definition of “high” was, and what if President Obama really meant to say that the horse was high from marijuana and the Christian should get off to avoid contact.

We will make sure to ask the White House spokesperson, Josh Earnest, for clarification on what the President really meant. Until then, the debate gallops on. 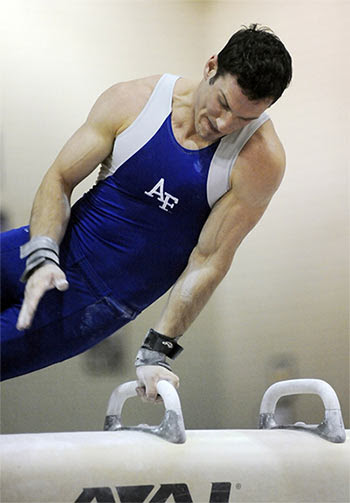 This Christian white male needs to get off his high horse. It’s offensive to Muslims.