A stamp commemorating author and poet Maya Angelou was unveiled Tuesday morning in Washington D.C. And while the ceremony featured addresses by Michelle Obama and Oprah Winfrey, a matter not addressed at the ceremony was the apparent misattribution of the quote on the “Forever” stamp.

Those words may recall the title of Angelou’s 1969 autobiography I Know Why the Caged Bird Sings, but they were actually written by Joan Walsh Anglund, 89, in the 1967 book A Cup of Sun, according to the Washington Post.

Living in New York around 2005, I once saw a flyer advertising Maya Angelou’s appearance before NYU students that had exactly the same “bird” quote. The flyer was posted at the entrance to one of the left-wing churches around NYU that lends its space to events held by communists and other progressives, including a party to celebrate the release of Lynn Stewart from prison, which I attended undercover with a video camera.

It so happened that I was on my way to give a speech to the NYU Young Republicans Club about the People’s Cube, so I started my speech by talking about Maya Angelou’s flyer I had passed a few doors down the block. I gave them my translation from the prog language – how it would have sounded if Maya Angelou were high on truth serum. This is why I still remember this line almost ten years later.

Most importantly, Maya Angelou was still alive and well then; she must have seen and approved of the flyer with the “fake” quote, or her agent did. That means the line had been attributed to her for many years, she knew about it, and did nothing to stop it.

Putting the quote on a stamp wasn’t simply an error on the part of the Postal Service. It has become a logical extension of her disingenuous legacy as a mediocre poet who was promoted and celebrated due to her politics and who is mostly remembered by one line that wasn’t even hers.

The symbolic falseness of the stamp makes an appropriate monument to such a legacy – one of the many insignificant and unsightly monuments to progdom in arts that are littering America’s artistic graveyard, with the exception that Michelle Obama’s and Oprah Winfrey’s participation in its unveiling take this symbolism to a whole new level.

Indeed, Maya Angelou was truly the Barack Obama of poetry and she knew it.
~ 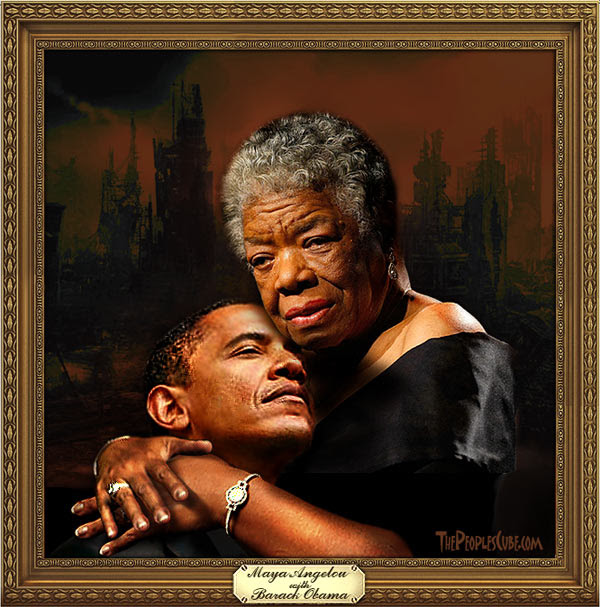 Let’s help the Postal Service in creating a replacement stamp with a different quote. Correct wording, attribution, and spelling are optional. 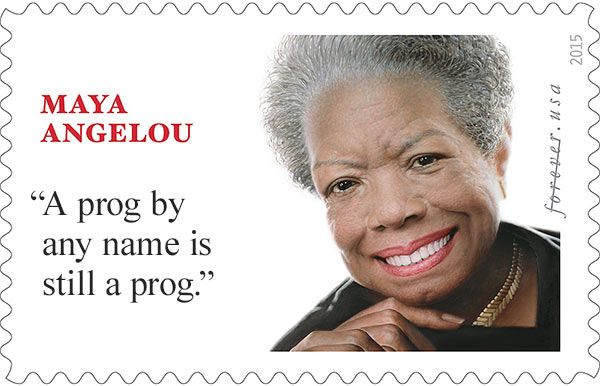 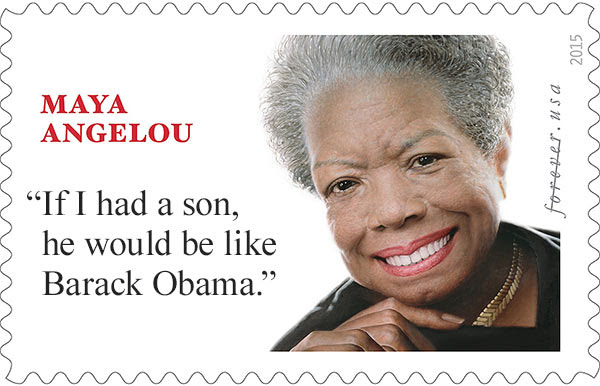