After the series of undercover films by the Center for Medical Progress showing high-ranking Planned Parenthood executives negotiating the sale of fetal body parts, the House had no trouble passing a bill freezing funding for Planned Parenthood for a year.  This was in spite of efforts on college campuses by performance artist Rhodessa Jones, sympathetic professors, and, at Hamilton College, about a dozen representatives from the Planned Parenthood Mohawk Hudson.

Jones specializes in working with women in prison and with HIV across the country and in Russia and South Africa.  She has also enjoyed lucrative gigs on college campuses, such as at the University of Wisconsin-Madison.  She was recently appointed a visiting professor at St. Mary’s College.

But she has enjoyed regular visits to Hamilton College since at least 2004, when she performed “Big Butt Girls, Hard-Headed Women.”  In addition to getting funding from campus social justice programs and various academic departments, Jones receives grants from the National Endowment for the Arts, private foundations, and local and state arts programs.  She also collaborates with Planned Parenthood.

Her visit last week came just in time to encourage students to call Congressman Richard Hanna and encourage him to vote against the bill to defund Planned Parenthood.  He was one of three Republicans to do so on September 18.  The Senate is trying to fast-track the bill.

On Constitution Day, September 17, Jones gave the second of her two talks on campus.  Among the students and professors in the Kennedy Auditorium were about a dozen representatives from Planned Parenthood.  Jones had shown previews of her film called “Birthright,” which she told students was about “honoring” and “standing with Planned Parenthood.”  Near the end of the long question-and-answer session, Professor of Comparative Literature Nancy Rabinowitz encouraged the largely female audience to present any question that would challenge what had been said.  She implied that free debate was encouraged. “If you have an objection, please speak up,” she said, reminding the students that the campus event was intended to be “educational.”

Two days previously, during her introduction to Jones’s first talk, Rabinowitz had encouraged students to participate in all the activities offered during the week related to Jones’s residency: drama workshops, meals, and the September 17 showing of “Birthright” with “open discussion” afterward.  Until the last few minutes of the “open discussion” period at the end of the second lecture no mention had been made of a possible alternative view.  In fact, Rabinowitz had launched off the first day by ominously warning that “the right to choose” is “under attack right now.”

Jones herself had opened her first lecture by reaffirming Rabinowitz and dramatically declaring that we must “trust women” to make their own choices.  The women “acting” in her films repeated the message.  The clips that were shown on September 17 were testimonials to Planned Parenthood.  That should not be surprising because the film was a joint project of Jones’s non-profit performance company, Cultural Odyssey, and Planned Parenthood of Northern California.  The topic of selling of fetal body parts by Planned Parenthood was never mentioned.  The upcoming vote by Congress to defund Planned Parenthood was simply presented as unjustified. 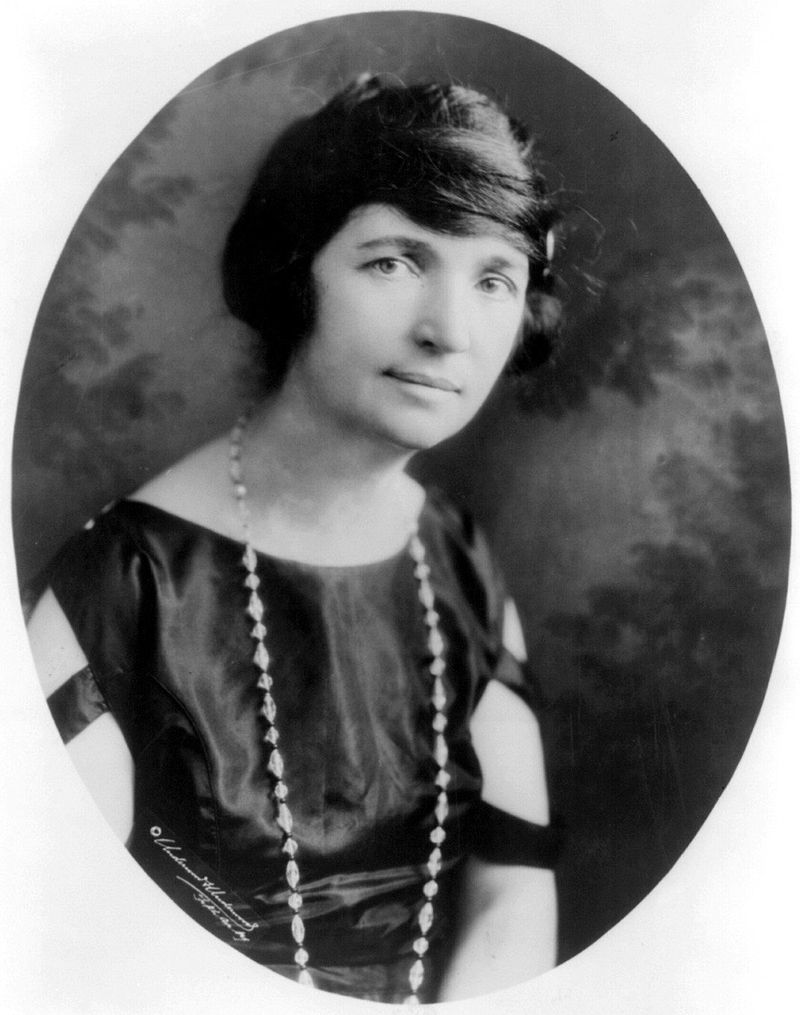 On a campus where many professors insult dissenting students in class or punish them with low grades it would take an extreme amount of self-confidence to accept Rabinowitz’s invitation.  Such a student was surrounded by about a hundred of her peers, several professors, and representatives from Planned Parenthood.  The film clips had shown testimonials by women who had undergone horrific experiences of childhood rape, addiction, and abuse.  Several board members and employees of the local Planned Parenthood had stood up to present the benefits of Planned Parenthood.  One who is involved in public affairs urged students to call “longtime supporter and wonderful advocate” Congressman Richard Hanna, whose number she wrote on the blackboard from memory. Hanna, she said, was hearing from “anti-woman, anti-choice” constituents, so needed to hear from them.  She urged students to call the next day, reciting a script for them.  Students were also encouraged to register to vote and vote for pro-choice candidates.  The next day Hanna went against his party that had voted for the bill to defund Planned Parenthood.

One student did accept Rabinowitz’s invitation to question the points made, but only in the meekest form possible.  She presented a question in the form of a hypothetical.  What about the claims that “some people” make about the “potential for life?” she asked.  This was a counter to the preceding steady message about women’s choices, the decades-old slogan about having control over one’s future, not having a baby until one is “ready,” and so forth.  In fact, it had been presented as crueler to subject a child to a life of potential poverty, hunger, and abuse than to abort it.  The student tentatively presented a counter-argument: the “other side” said that in spite of not having all the advantages, an unplanned child could still enjoy life.

The student had plenty of people to answer her question.

Philosophy professor Katheryn Doran, who had introduced Jones that day and who is also vice chair of the local board of directors of Planned Parenthood Mohawk Hudson, responded by implying that this was similar to the “faux feminist” argument that claims that the real oppression occurs when women are put into the position of having an abortion.  It’s about “choice,” she asserted to a lot of head-nodding in the audience.

A man in the audience then stood up and introduced himself as the CEO of Planned Parenthood.  This was Kim Atkins.  He stated that Planned Parenthood was in the position of preventing the “situations” that require abortion.  That means making contraception readily available.  “We share the vision to reduce abortion,” he said, while adding that everybody should have the right to make the “choice” for herself of whether or not to have an abortion.

More testimony came as a few women admitted to having had abortions and having no regrets.  A student who had interned at Planned Parenthood gave a plug.  A Planned Parenthood representative testified that the abortion pill made a first trimester abortion a private and relatively easy procedure.  Some repeated the advice given by Planned Parenthood counselors to young women with unplanned pregnancies: that this is the best choice that you can make now and that you are being a “good mother” by having an abortion.  Any “regrets” result from hormonal changes, which are temporary. 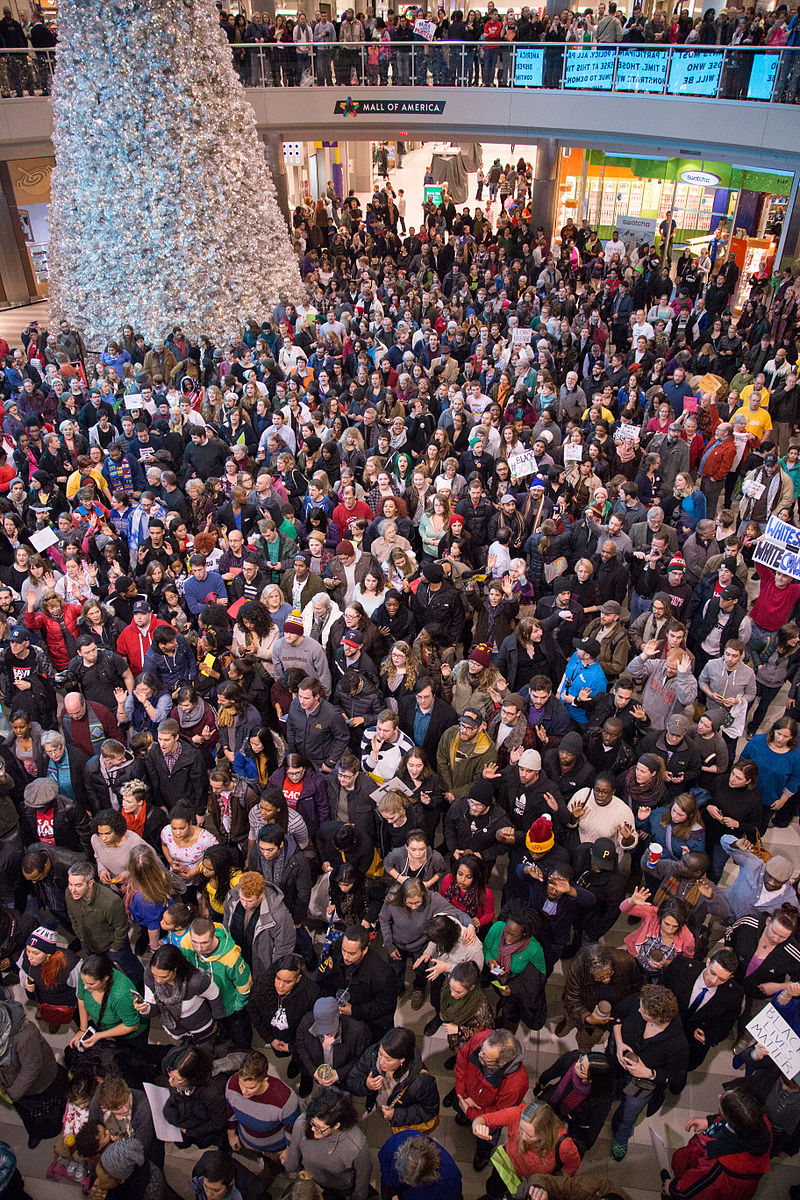 by Nicholas Upton.The presentation ended at 6:00 p.m., right before a dinner for the attendees.  Rabinowitz closed out by telling the audience that she had forgotten to mention that the event was funded by the Literature and Creative Writing Department, in addition to the other departments, such as Classics and Philosophy (as well as the Levitt Center and other offices).  Rabinowitz also encouraged students to attend the Black Lives Matter event the following day, stating that they were privileged to have one of the founders, Alicia Garza, speak.

Jones’s visit had been billed as an exploration of the role of myth.  Indeed, Rabinowitz had stated that it was during the teaching of Medea that she had discovered Jones’s work. Medea, Euripides’s tragedy about a woman who murders her two children in revenge for her husband’s philandering, has become a signature play for feminists because of the sympathetic portrayal of Medea.

But even that much was not mentioned during Jones’s talks.  Nor was there anything remotely related to literature or philosophy.  Instead, students received a lot of indoctrination, while being subjected to amateurish theater.  A large part of the credit goes to Nancy Rabinowitz, who continues to use her position to bring radical friends to the college, even after her attempts to bring Ward Churchill and Susan Rosenberg were stymied.  But Rhodessa Jones served the purpose just as well, as will be revealed in the next installment.