You may already know the risks written in a long list, and now you have to include Alzheimer’s disease. Sleep disturbances make you look and feel old. As a neurodegenerative form of dementia, Alzheimer’s disease is a neurological disorder wherein demise of neurons stimulates recession of memory and cognitive functions.

For the past years, no one was able to carry out a study proving the significance of sleep and dementia to each other. Just recently this month, Dr. Yo-El Ju together with her co-researchers in  Washington University School of Medicine in St. Louis, Radboud University Medical Centre in the Netherlands, and Stanford University finally found the link of dementia to sleep deprivation.

What the study proves

The researchers examined 17 experiment volunteers at home. They also underwent controlled sleep procedures in the lab of Washington University. They divided the volunteers into two groups and let the half of the sample get into a deep sleep while others were in a shallow sleep.

Dr. Ju stated that “As soon as they got into slow-wave sleep, they got a beep. And the beeps got louder and louder and louder until they came out of the deep sleep. It went on for the entire night. The volunteers did not realize their sleep had been interrupted.”

The volunteers use beeping monitors which disturb their sleep patterns. The sleep monitoring device measures their quality of sleep at home. As a result, those who slept poorly show a significant relationship between sleep and higher levels of the associated brain proteins.

“We were not surprised to find that tau levels didn’t budge after just one night of disrupted sleep while amyloid levels did because amyloid levels normally change more quickly than tau levels. But we could see, when the participants had several bad nights in a row at home, that their Tau levels had risen,” Dr. Yo-El Ju said.

Sleep deprivation for consecutive nights can cause an increase of dementia-related protein levels in the human brain. A good night’s rest prevents too much synthesis of proteins called Amyloid-beta and Tau which causes Alzheimer’s and other memory-related diseases. 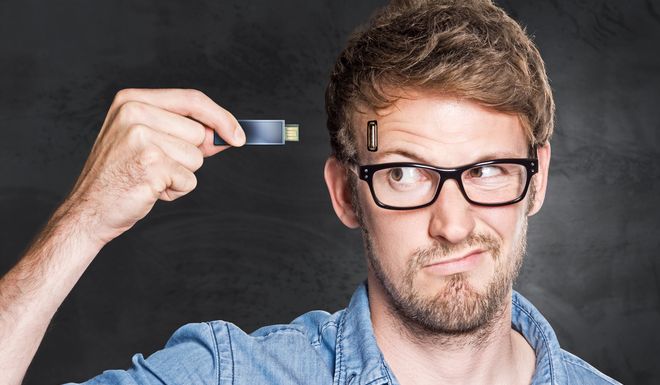 A study published in Journal Neurology shows that higher levels of amyloid-beta and tau are due to poor sleep. In fact, they found out that two proteins cause obstruction called plaques in the brain of Alzheimer’s patients.

According to Dr. Yo-El Ju of Washington University School of Medicine, “When people had their slow-wave sleep disrupted, their amyloid levels increased by about 10 percent. I don’t think people should worry about Alzheimer’s disease after one bad night. I do think chronic sleep disruption increases the risk of Alzheimer’s disease.”

This study tells us that getting enough sleep helps reduce the levels of amyloid and tau.

As recorded, there are approximately 5 million Americans who have Alzheimer’s disease, and the figures continue to grow. Mental-related disorders are hard to cure, and it requires long-term health scrutiny. There is no silver bullet to cure these health issues.

As of now, medications don’t work as what the diagnosis requires. It only serves as sustenance to patients who continue to experience the most common symptoms. Cholinesterase inhibitors namely donepezil or Aricept, galantamine, and rivastigmine are drugs used to avert and slow the dementia-related disorders.

As researchers and medical experts continue to fill the puzzle and unlock its’ secrets, humanity is one step closer to understand this phenomenon completely.

Releasing of amyloid-beta is a natural function that human brains perform. It happens whenever brain cells fire its synapse. “It may be that interrupted sleep leads to increased brain activity and increased amyloid production.”

She comes up with an assumption that as people sleep, amyloid secretion stops and regulates the excess protein levels. “When people are in a nice and deep sleep, they get a period when, with the normal clearance mechanisms working, the levels of amyloid decrease. If levels increase over the years, they are more likely to cause the clumps called plaques, which don’t dissolve.”

According to their previous study using mice as a sample, a 10% excess of amyloid can be a source of plaque formation.

Dr. Yo-El Ju, the head of the study, stated that “When people don’t sleep well, their brain cells don’t get the chance to rest.” The guaranteed means of treating Alzheimer’s continues to be half a mystery.

But prevention is still an amicable sheath to safeguard ourselves from health issues, chronic or not. Proper nutrition, sleep hygiene, and brain training can make a difference. Take action before it gets progressively worse. You can browse Focus On Furniture to help you look for the right bedroom design which can help you feel more comfortable while sleeping.