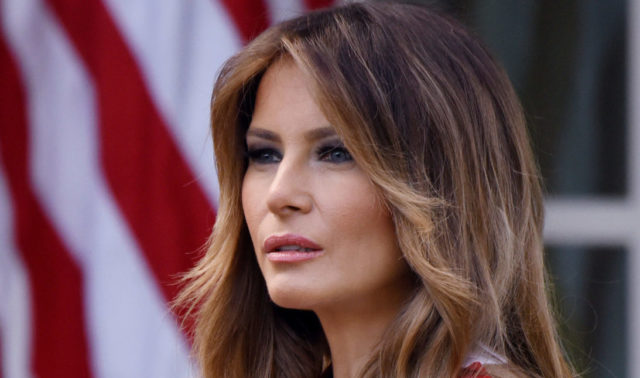 First Lady Melania Trump was booed by students when she spoke at an opioid awareness summit in Baltimore. Snowflake adults said the students were justified because Melania’s husband hurt their feelings by saying bad things about their city.

Folks, this infuriated me. I am so sick of snowflake adults who create dumb-down, brain-dead and wimpy snowflake youths. Taught to believe they are entitled, snowflakes are unable to submit to authority or deal with the normal pressures of life; living in their parent’s basement playing video games at age 30.

Liberal Democrats have controlled Baltimore for the past 50 years, transforming it into a hellhole of poverty, fatherless households, failing schools, economic decline and record breaking black on black homicides.

As a child, I lived in the Baltimore projects. I don’t remember any neighborhood so horribly out-of-control that no one dared to venture after dark. And yet, that is the ridiculous situation in Baltimore today.

Visiting Baltimore for my dad’s funeral, it was shocking to see endless blocks of empty rundown row-houses, rats and trash. What the heck happened to my beloved hometown once renowned as “Charm City”?

In the 1980s, Baltimore’s first black mayor, Kurt Schmoke ordered that my song “Hello Baltimore” be placed into the city’s time capsule. To illustrate Charm City’s shocking transformation, I made a music video of my song using footage of recent Baltimore riots.

Back in the day, the neighborhood around Pimlico Race Track where the Preakness Race is held was safe and upscale. Today, the Pimlico neighborhood has dramatically declined, infested with drugs and crime.

In the 1990s, I saw the beginning of the end for Baltimore because of stupid liberal Democrat policies. Park Avenue was the place to enjoy dinner at an upscale restaurant. Smelly, dirty vagrants began sleeping on the sidewalks and aggressively pestering patrons outside of the beautiful restaurants. Due to the city’s commitment to political correctness, restaurant owners could do nothing to save their businesses. Finally, every restaurant closed or moved away.

Living in the projects as a child, I loved exploring Park Avenue downtown. “The lights are much brighter there. You can forget all your troubles, forgot all your cares. Downtown, things’ll be great when you’re downtown. Everything’s waiting for you.”  Park Avenue has become another depressed section of the city unsafe after dark.

Incredibly, liberal Democrats who run Baltimore still have not learned to be friendly to businesses. During the recent Baltimore riots the mayor ordered the police to stand down and allow thugs to destroy businesses to express their frustrations regarding racial injustice. Unbelievable.

Late Democrat congressman Elijah Cummings received billions in federal grants to clean up his rat and crime infested district. The money was wasted or stolen. By the way, idiot black relatives of mine who live in Baltimore still praise Cummings for his wonderful service to the black community. Sorry, I had to get that off my chest.

Cummings’ wife also emits a putrid odor of corruption; using the suffering of her fellow blacks to get rich.

Thank God president Trump cares enough to address the problems of blacks who are suffering in Democrat urban plantations. Therefore, I don’t give a rat’s derriere about the hurt feelings of spoiled-brat snowflake youths, upset because Trump told the truth about their cesspool city run by corrupt Democrats. Adults who defended the students for booing our first lady are a part of our nation’s morally bankrupt and wimpy culture. They should be ashamed of themselves.

This hypersensitivity to “hurt feelings” turns my stomach. For crying out loud, adults need to start instructing wimpy youths to grow a spine.

World War II Americans are turning over in their graves in disgust of this new generation of snowflake Americans. My black dad passed away at age 90. When my brother was a teen, he quit his summer job because his boss hurt his feelings by yelling at him.

Dad could hardly believe his ears. Annoyed at my brother, Dad said, “He hurt your feelings? Boy, you had better go back and get your job!” Dad was teaching my brother to be a man!

As a black civil rights pioneer in the Merchant Marines and Baltimore City Fire Department, Dad endured all kinds of humiliation and hurt feelings. But Dad knew a man has to do what a man has to do. He had a wife and five kids to feed. His hurt feelings were irrelevant.

To restore our youths, we need to have zero tolerance for all this hypersensitivity, wimpy-ness and entitlement that liberals have instilled in our youths.

A snowflake reading this article will probably say, “Lloyd you sound angry. I feel triggered. Your toxic masculinity makes me feel unsafe. You should be silenced and jailed.”

Can you imagine what a nightmare it would be if a snowflake ever became president?