We all know how the game of Capitalist Monopoly works: one player wins and the rest lose, at least until the next round. But what if you are a permanent loser? That is unfair. The most obvious solution to this crisis is to remake the rules in your favor.

Brilliant minds among the loser community have made repeated attempts to make new rules that would allow them to become winners. They mostly ended up with appointing one of the players to be a dictator (usually themselves), who promises to redistribute everything on the board equally so that everyone wins. The dictator appoints assistants and together they become the government. For this plan to work, the government must forcibly take over all the property on the game board. Thus the government becomes a monopolist and the sole big winner. All the others become perpetual lesser winners: equal among themselves, but not equal to the government and its officials. Let’s broadly describe it as Socialist Monopoly.

But not all the state-run rental properties on the board are equal, so the game goes on. Now the selection of winners becomes wholly dependent on a player’s personal relationship with the government. Those who are not the relatives or good friends with the government, become losers. The latter can still stay in the game by participating in an intricate system of bribes, kickbacks, and exchange of favors. Those unwilling to play by these rules become the ultimate losers and are despised by everybody. Usually they are the people who would previously win in Capitalist Monopoly.

When all the redistribution has been completed, Socialist Monopoly becomes a really boring and tedious game. The government deflects the growing dissatisfaction by adding a new rule: all players must blame the former winners of Capitalist Monopoly for sabotage and obstructionism. After all the said former winners quit and leave the table, the interest in the game is sustained with the help of cheap vodka, which also helps to suppress mutual resentment and hatred. The game ends when all players, including the government, lose all motivation to go on, or fall under the table into a puddle of their own vomit, whichever comes first.

The most common explanation for the failures of Socialist Monopoly is that the brilliant minds of the loser community simply haven’t got it right yet. This gives everyone hope that someday there will appear a sharper, more brilliant loser who will get it right.

And so the dream lives on, about a game where everyone can be an equal winner while still being able to enjoy the game without ending up hating everyone else, sending the most successful players to jail, and falling under the table in a drunken stupor.

Thus, the efforts to reinvent Capitalist Monopoly never stop. Below are just some failed examples. Will you take the challenge and create a game of Socialist Monopoly that actually works? 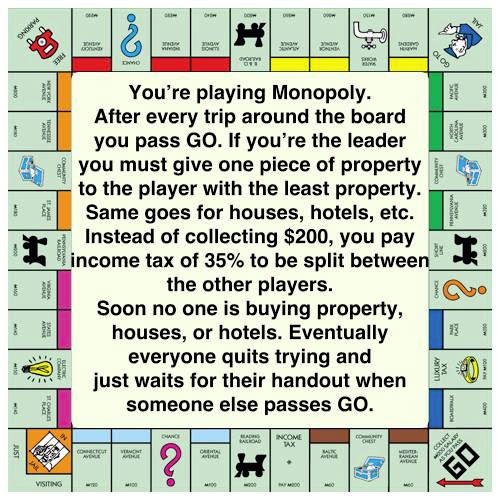 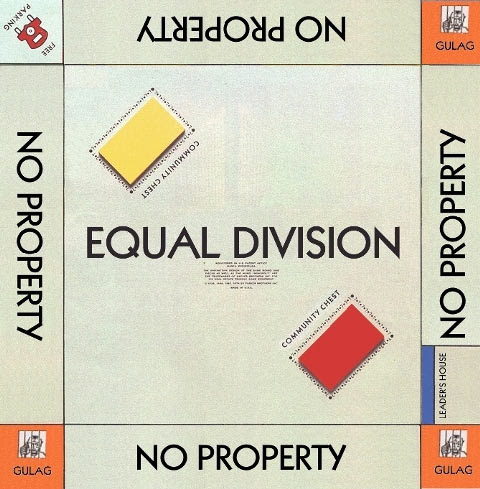 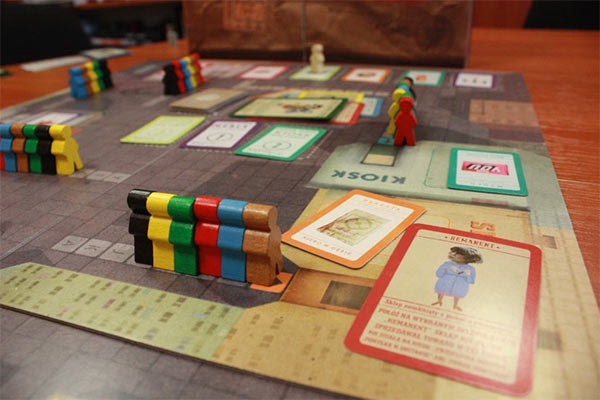