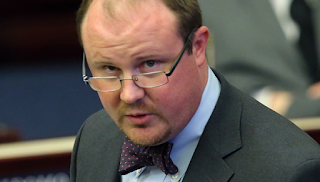 It was a big day for the Term Limits Convention today, as the bill calling for the Article V amendment convention (HM 417) passed its second and last House committee and won a unanimous endorsement by the membership of the Brevard Republican Executive Committee.

The bill was approved in the House State Affairs Committee in a 14-3 vote, with chairman — and dependable term limits advocate — Rep. Matt Caldwell (R-Fort Myers) presiding.

The TLC is now expected to see floor votes in both houses of the Florida legislature during the 2016 session which opened this week.

If it passes both chambers, Florida will be the first state to apply for amendment convention limited solely to the issue of Congressional term limits. Upon application of 34 states, Article V of the U.S. Constitution requires that Congress “shall” call the convention for the purpose of drafting the amendment. The resulting amendment must be ratified by 38 states.

The members of the Brevard Republican Executive Committee applaud the idea and, with a unanimous vote, became the third county Republican Party to officially endorse the Term Limits Convention at their January meeting. Chairman Barbara Davis led the vote of about 80 BREC members.

Previous resolutions in favor of the TLC passed with wide margins in Palm Beach and Volusia Counties in 2015.