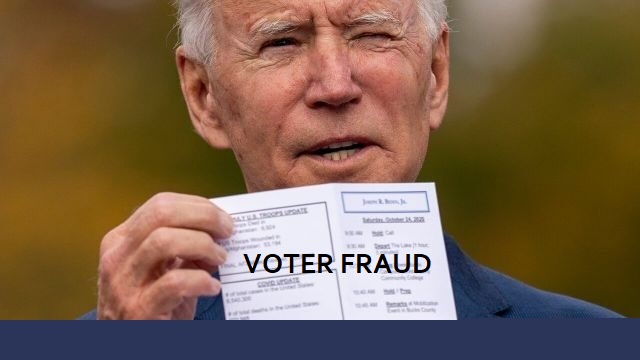 How often has 90%± of any state’s voters ever voted on anything?

As a point of reference, here are the voter turnout rates for the 2016 national election — very hotly contested. The highest of any state was 74%. A 90% voter turnout for an entire state would be a phenomenal record.

Something very bad is happening.

THE STEAL CONTINUES…PRESIDENT TRUMP TWO HOURS AGO WAS AHEAD BY 700,000 VOTES IN PENNSYLVANIA…NOW HE IS ONLY AHEAD BY 500,000…A RECOUNT IN 7 STATES IS NEEDED…GO TO COURT…UNITED STATES SUPREME COURT..

So Trump was winning MI & WI by a solid lead, the vote count gets paused, then Biden jumps 200k votes in MI overnight without adding a single vote to Trump or 3rd party candidates.

So 200k people voted for Biden and ZERO for Trump? pic.twitter.com/jBfuYe5Dfm

Voter Fraud in Michigan – Massive Dump of Over 200,000 Ballots for Biden All the Sudden Show Up Overnight via @gatewaypundit https://t.co/lOqClBbs7i

WATCH THIS NOW. Share this far and wide! VOTER FRAUD is REAL and is HAPPENING. #votingfraud #fraud #Election2020 @realDonaldTrump pic.twitter.com/fqaJk0vUCc

"Asking for people to be peaceful is white supremacy"

On election night in Portland, hundreds of protesters shut down the streets of SE Portland. They confronted Portlanders at their homes, including a family with a "Biden Harris" sign. #BLM #antifa https://t.co/DIVMm71ifJ pic.twitter.com/ahmJrGBQtL

©Vlad Tepes Blog. All rights reserved. This entry was posted in Leftist election rigging by Eeyore.

An error was found in the data feed from Edison Research (used by @nytimes and other news organizations) for Arizona results — 86 percent of ballots have been counted, not 98 percent. NYT has not called the state for Biden, though he still leads. https://t.co/mPDkiKsExQ

RELATED ARTICLE: More Examples of Election Fraud Prove the Left Is in Denial About It