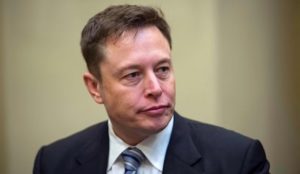 In June and July of this year, when a youth soccer team was trapped in flooding caves in Thailand, billionaire Elon Musk offered to help by using his tech firms to create a special mini-sub capable of maneuvering through the flooded serpentine caves to reach the desperate boys and their coach. Though the device was never used, the Thai government ultimately thanked Elon Musk for his widely publicized efforts.

One British caver/diver, Vern Unsworth, who was not part of the actual rescuers but provided invaluable logistical support at the site, spoke critically of Musk and his mini-sub after the successful rescue operations, calling Musk’s efforts “a PR stunt” that “had no chance of working,” and claiming that Musk was asked to leave the area as he was presumably “in the way” of ongoing rescue efforts.

The billionaire responded to Unsworth’s words in a fit of self-acknowledged rage, unleashing a storm of tweets. In one of them he addressed Unsworth as “pedo guy”, apparently assuming that since the 63 year-old Unsworth spent much of his life in the Chiang Rai area of Thailand known for its child sex-trafficking he must be guilty of such practice. After an immediate backlash on social media, Musk, to his credit, quickly apologized for his overreaction, tweeting on July 18th, “The fault is mine and mine alone.”

Last week, however, the issue erupted once again, when Musk intimated there was truth to his initial claims since Unworth had not sued him for libel. The organization BuzzFeed News contacted him with follow-up questions, and in one of two email responses, Musk wrote:

““I suggest that you call people you know in Thailand, find out what’s actually going on and stop defending child rapists, you f**ing a**hole. He’s an old, single white guy from England who’s been traveling to or living in Thailand for 30 to 40 years, mostly Pattaya Beach, until moving to Chiang Rai for a child bride who was about 12 years old at the time….”

Musk has provided no corroboration for this latest charge. For the record, Unsworth has been in a long-term (seven plus years) romantic relationship with a 40 year-old Thai woman named Woranan Ratrawiphukkun.

It seems clear that Elon Musk has an axe to grind with Vern Unsworth, and is seeking to tar and feather the latter with the reprehensible crime of  child rape/pedophilia. If these unsubstantiated charges somehow prove to be true, then Mr. Unsworth will deserve the full legal and moral judgment appropriate for his base behavior. If not, Mr. Musk will deserve to be excoriated for his heinous defamation of another human being.

What interests me most about this whole seedy affair is that there is near universal agreement that the sexual predation by an older male of a pre-pubescent or pubescent girl (or boy) is an abhorrent evil, and those who commit such acts, when proven, should face legal punishment as well as the moral opprobrium of the civilized world.

Yet today there are some one and a half billion people on the planet who revere as a prophet the man Muhammad, about whom there is no question that he took his best friend’s nine-year old daughter A’isha to be his “wife” when he was fifty-three. Apologists will say that back in 7th C. Arabia, such practices were common, or at least not considered immoral, so we should give Muhammad a pass. Even worse, Muslim theologians argue that according to the Qur’an Muhammad is the perfect paradigm for human life and his practices are to be emulated by all Muslims as closely as possible. Hence, marriage of old men to young girls is a good practice. Worst of all, the idea that people are capable of believing that a man engaged in such practices could somehow be a true prophet of a morally perfect God is frightening beyond measure. Yet, such is commonplace in the Muslim world. Even such a well-schooled  Islamic scholar as the Grand Ayatollah Ruhollah Khomeini could (and did) say:

“A man can have sexual pleasure from a child as young as a baby. However, he should not penetrate vaginally, but sodomising the child is acceptable. If a man does penetrate and damage the child then, he should be responsible for her subsistence all her life. This girl will not count as one of his four permanent wives and the man will not be eligible to marry the girl’s sister… It is better for a girl to marry at such a time when she would begin menstruation at her husband’s house, rather than her father’s home. Any father marrying his daughter so young will have a permanent place in heaven” (from his book Tahrir al Wasilah).

How is it possible in this day and age that anyone could excuse a mindset approving such evil behavior? While it is true that sexual predation occurs in all cultures and societies, only in the Islamic world is it given a religious stamp of approval. Where are today’s human rights activists calling out child rape masquerading as holy marriage? Where are the Western feminists taking on Shari’ah laws which enslave helpless girls to Muslim men who buy them from destitute parents for a paltry dowry? Where are the ethicists and theologians and statesmen of the world to denounce the behaviors and teachings of Muhammad regarding child marriage and sex slavery, and to demand that Islam renounce such practices?

Elon Musk may or may not be right about the particular case of Vern Unsworth (to date, he has presented no objective evidence).  But if he really is concerned about child sex-trafficking and pedophilia, he would make a much bigger impact were he to use his vast resources to expose and publicize the undeniable, religiously-approved child rape practiced throughout wide swathes of the Muslim world all because of Muhammad’s perverse example fourteen centuries ago.

Mateen was the second of four children born to a Syrian Muslim who had married an American while studying at the University of Wisconsin. Some years after Mateen’s birth, the family moved to Saudi Arabia where his father worked as an oil company executive. During his early teens Mateen began a search for God, largely through reading. For six years he focused on eastern mysticism and meditation including a stay at an ashram in India. Yet his nagging questions, Who is God? How can I know him? remained unanswered.

God guided Mateen toward an answer to those questions by bringing him into contact with genuine Christians. They repeatedly pointed him to Christ and challenged him, “Read the four gospels of the New Testament. Get to know Jesus.” He took up the challenge. After days of reading, study, and prayer, at the age of twenty Mateen became a follower of Christ. As is common in Middle Eastern families, he soon paid a high cost for his newfound faith: isolation from his father for more than a decade.

By the end of his college years, Mateen sensed God’s call to Christian ministry. After completing a B.A. at Stanford University he graduated from Fuller Seminary, earning M.Div. and M.A. degrees in Biblical Studies and Theology. After several years of pastoral work he returned to school earning a Ph.D. in New Testament Studies from Durham University in England, studying under the world-renowned NT scholar James D. G. Dunn.