During her ascent, [Senator Elizabeth] Warren, no Sitting Bull, has paused to fire up the faithful by issuing from barked scrolls what some of her fans in the media have called the “eleven commandments” of progressivism (note “commandments,” not principles). Since many Americans wonder why the country is floundering at best and unraveling at worst, Warren’s eleven commandments might be usefully contrasted with a set of conservative precepts to suggest why the United States has entered a period reminiscent of the 1850s, when domestically a sectional political struggle was metamorphosing into a clash of civilizations and eventually civil war.

Professor Paquette then contrasts these commandments to the ten principles of conservatism articulated by the late Russell Kirk, but not before reminding readers about the one-drop rule and how it is being perversely exploited by opportunistic professors on the left:

In certain areas of the Jim-Crow South, for example, no matter how light a person’s phenotype, if his or her genealogy contained an identifiable African ancestor somewhere in the past, then the category “black” was applied for various discriminatory social and legal purposes.  Within the arcane, darkened corridors of the postmodern campus, however, a strain of institutionalized discrimination has emerged under pressure from the diversity cartel that is not debilitating but consciously elevating. It might be called the no-drop rule.

Today, progressives “Opportunistic whites, openly of a radical bent or pose, take advantage of affirmative action criteria to attain jobs as aggrieved minorities for the dual purpose of advancing themselves and the progressive beliefs that they purport to hold dear.”  Such is the case with the former Harvard law professor, now Senator Elizabeth Warren, who thinks she has established her bona fides enough to issue from “barked scrolls” her Eleven Commandments, which are contrasted to Russell Kirk’s principles here.  The appointment of professors based on faked anceestry might be worthy of campus protests.

Smoke and Mirrors in the New AP History Exam 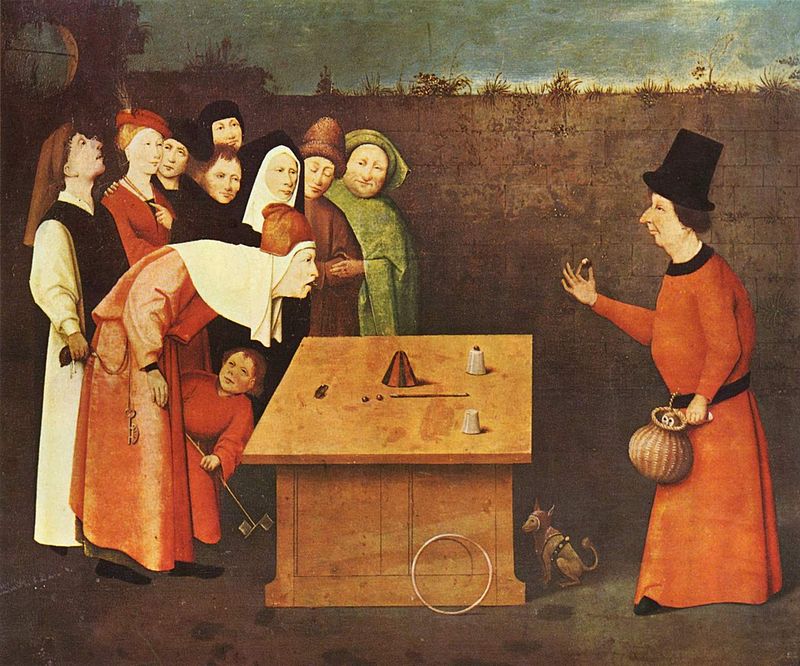 Don’t ask how/ it’s magic Speaking of history, specifically, AP history, non-historian, non-teacher-ever, English major David Coleman who now is president of the College Board which develops AP and SAT tests, has issued a letter in response to the demands of the little people, er, those who signed an open letter or who were on the National Republican Committee, and who have dared to question the content of the new AP exams.

According to Inside Higher Ed, Coleman in an open letter:

said he hoped the unprecedented move of releasing an exam to non-certified A.P. teachers would quell concerns that framework neglected or misrepresented the important parts of American history.

Some of the “non-certified” critics of the exam had originally questioned the 98 pages of directives that replaced the 5-page topical outline. Like Common Core, the AP standards supplant local and state curricula, as Jane Robbins and Larry Krieger wrote in their critique. (and here by National Association of Scholars President Peter Wood)

In response to the sample test, Joy Pullman said that Coleman’s “graciously worded letter, still leaves unanswered questions about what half a million of nation’s brightest high school students will learn about their country’s character and history each year.

The sample exam had been released to the certified evaluators who had also signed “confidentiality letters.”  You can read the practice exam for yourself.  The number of questions has been reduced from 80 to 55 in order to permit more focus on “historical thinking skills.” These “historical thinking skills” seem to involve pictures and photographs and open-ended questions about short reading passages, ala Common Core.  Cutting back the number of multiple choice questions and asking students to interpret and write about photos that display negative aspects of American history seems to be a means to testing for correct progressive views under the guise of “deeper learning.”  All this is notwithstanding Coleman’s repeated claims to improving rigor through “original documents.”

All of this discussion of “original documents” is smoke and mirrors, an opportunity to impose selective passages on youngsters who will know little history outside of the progressive perspective issued in the nearly 100 pages of AP guidelines.

Jim Galloway, political columnist at the Atlanta Journal-Constitution, however, doesn’t address anything in the guidelines specifically, but calls the controversy over the new AP standards and exams a “sequel to the fight over Common Core.”  Galloway does not bother to break down the standards or to address any of the detailed arguments made by opponents. Instead he impishly relies on Republican State School Superintendent John Barge’s charge that ideological motives might be behind Georgia Concerned Women for America’s opposition to the new AP standards, as well as some nefarious money-making motives because, get this, the website has a donate button!

“I’m going to be very honest and very blunt about what I think is behind this. And I think it’s money”. . .

He described a visit to the website of Concerned Women for America:

“The first thing that comes up is a bright red ‘donate now’ button,” he said. (We tried it. The red button is there at the top, but it didn’t jump to the front.)

In a similar display of lazy reporting and innuendo, Maureen Downey’s column, “Running for cover over Common Core,” about current hearings on Common Core is a cut-and-paste rehash of previous attacks and the talking points distributed in 34-page messaging “tool kit” from the public relations department of one of the major agencies behind Common Core, the CCSSO.  One would expect more from an education editor and former teacher than this:

Extremists in the Republican Party contend Common Core is Obamacare transferred from doctors’ waiting rooms to America’s classrooms, dressed in sensible shoes and a cardigan and carrying a pointer.

I’m still waiting for this education expert to point to specific parts of the Common Core that are superior to the previous Georgia Standards.  I would like the “evidentiary standards” that proponents claim are being demanded of students under the new AP and Common Core guidelines.