“Having spent the day in D.C. on April 22 interviewing the marchers, it struck me about how this is first and foremost a march for endless government funding, ideology and in support of a no dissent policy. (Another new study gives plenty of reason to dissent: New Climate Study Calls EPA’s Labeling Of CO2 A Pollutant ‘Totally False’) The Trump administration can help make science great again by resisting these pay up and shut up demands for taxpayer research money.” See: Bloomberg News: Obama ‘stashed’ $77 billion in ‘climate money’ across agencies to elude budget cuts

Watch: Princeton Physicist Dr. Will Happer criticizes ‘March for Science’: ‘It is sort of a religious belief for them’ – Dr. Will Happer on Fox News: Asked about more government funded science?  Happer: “We’ve had 8 years of very highly politicized so-called research on climate. It’s not what most of us would recognize as real scientific research. Something where the outcome was demanded before the funding was provided. We should tend to real environmental problems and fix them and stop chasing these phantom problems that are really just religious dogma.”

Pictures and reports about the ‘March for Science’

‘March for Science’: Politics Disguised as Science: When to Doubt a Scientific ‘Consensus’ – The early claims of 97% ‘consensus’: In 1992, former Vice President Al Gore reassured his listeners, “Only an insignificant fraction of scientists deny the global warming crisis. The time for debate is over. The science is settled.”

Climatologist Dr. Roger A. Pielke Sr: “If there was any doubt the “March on Science” is political – The march is explicitly a political movement” See full article

13 Most Ridiculous Predictions Made on Earth Day, 1970

March For Science To Bill Nye, The Science Guy: Take A Back Seat, You’re White.

Climatologist Dr. Judith Curry rips ‘march for science’ as ‘a self-serving navel gazing exercise for scientists’ — A ‘we don’t like Trump’ tantrum

The March is over:

Prof. Roger Pielke Jr.: ‘The smartest people on the planet want to oppose Trump and the best they can come up with is a march in support of themselves?’ 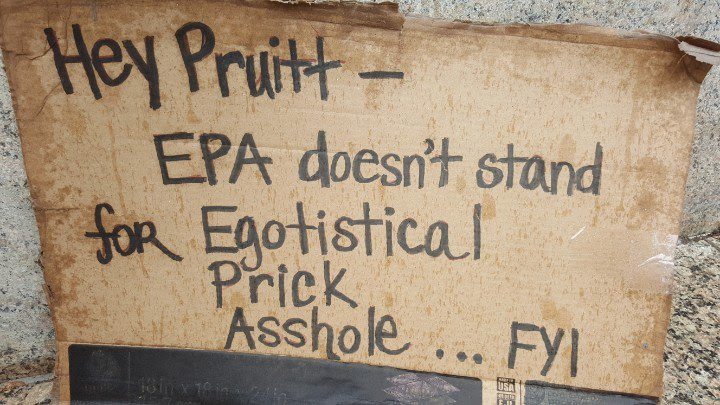 Warmist Michael Mann at ‘March for Science’: ‘Science & scientists are now under attack in this country’ 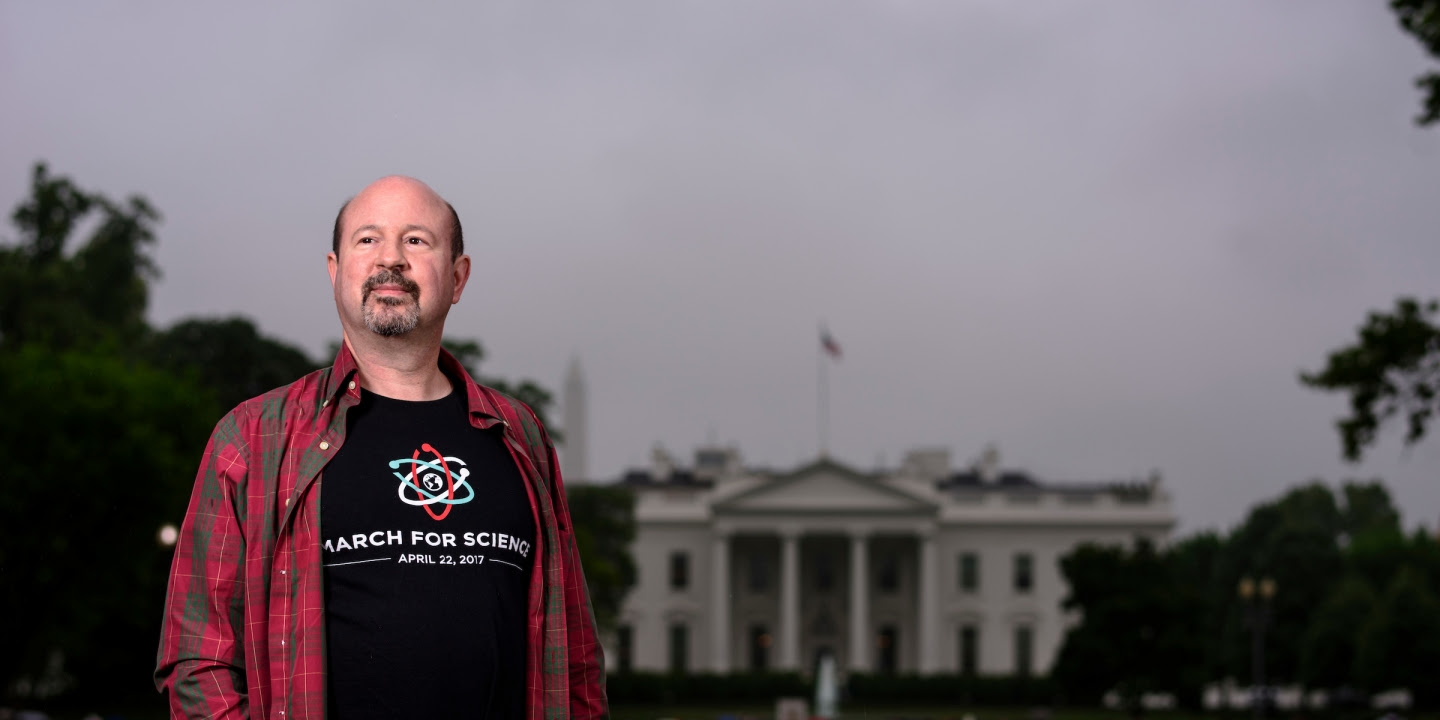 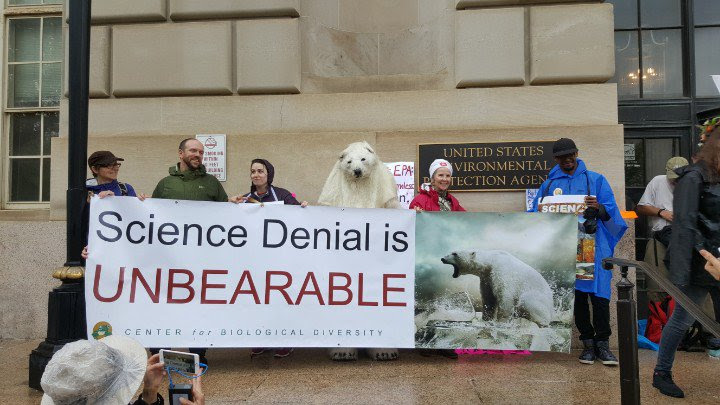 MARCH FOR SCIENCE UNDER ATTACK FOR LEFT-TILTING POLITICAL AGENDA – “It clearly has a partisan framing,” said Roger A. Pielke Sr., senior research scientist, Cooperative Institute for Research in Environmental Sciences at the University of Colorado Boulder. Mr. Pielke, who has been criticized by the climate-change movement for challenging the “consensus,” said he fears the event may erode the public’s trust in science by reinforcing the impression that research is being spun to advance political causes. “I feel this will hurt the reputation of scientists as honest brokers,” said Mr. Pielke in an email. “This march will make them (appropriately) seen as advocates for the liberal side of the Democratic Party. This is not healthy for science, and more broadly, in terms of how scientists engage with policymakers.”

The Anti-Science ‘March for Science’: ‘Soviet-style central planning of economy in name of ‘saving’ Mother Earth – Climatologist Dr. Roger Pielke Sr.: “If the climate science is “settled”, as claimed at the March, why argue for so much money for multidecadal climate prediction modeling?”

Bill Nye, The Cognitive Dissonance Guy – ‘He is a junk science guy’

Physicist: ‘March For Science’ is deeply misguided, unethical – Trying to get money for left-wing activists & pretend it’s money for science – Physicist Dr. Lubos Motl on March For Science: “It’s a political event organized by extreme leftists whom I can’t respect and it tries to promote various pet causes of these extremists such as the affirmative action as well as junk science such as the climate hysteria to the status of science, and to get money for basically left-wing activists, although they want to pretend it’s the money for science.” 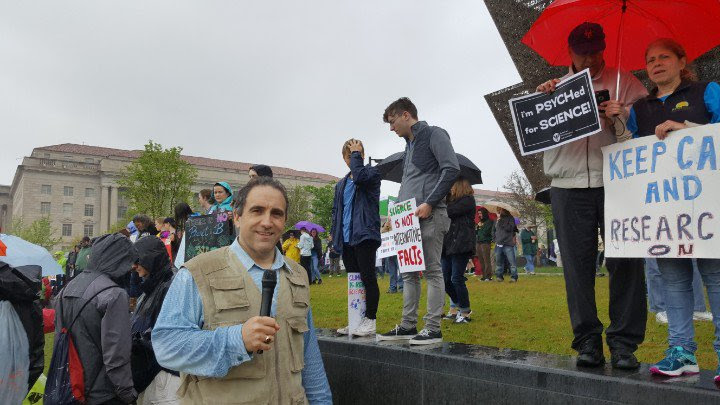 The ‘March for Science’ Is Actually a Threat to Science Itself 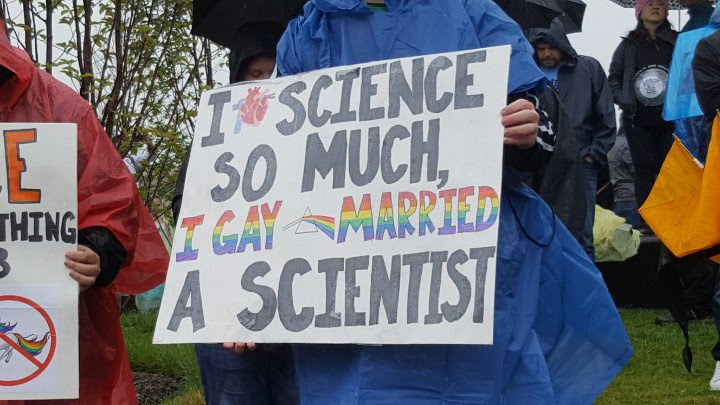 ‘March For Science’: ‘The whole march parodies itself’ – ‘Not even Hitler doubted climate change’

Earth Day Must Divorce Itself From The Climate Scare

March “for Science” — an attempt to replace the failing Earth Day 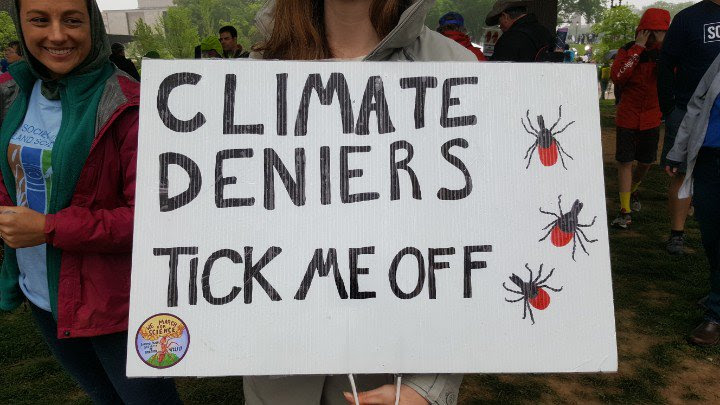 Our Air Is Cleaner Than Ever, So Why Do People Think It’s Getting Worse?

John Stossel: ‘Gore creatively misremembers his own movie’ & Climate march is ‘really marching for a left-wing religion’ – John Stossel: ‘Now Gore claims “the most criticized” part of the film was his assertion that the 9/11 memorial site would flood. Then, during Hurricane Sandy, it did! But Gore creatively misremembers his own movie. He had claimed the World Trade Center would flood because of a permanent 20-foot sea-level rise. Actual scientists called that nonsense. It would take hundreds of years for such a thing to possibly happen. But since the area flooded, briefly, Gore spins that as confirmation of his exaggerations.’

On March for Science in DC: ‘The alarmists claim they’re marching for “science,” but they’re really marching for a left-wing religion.’ 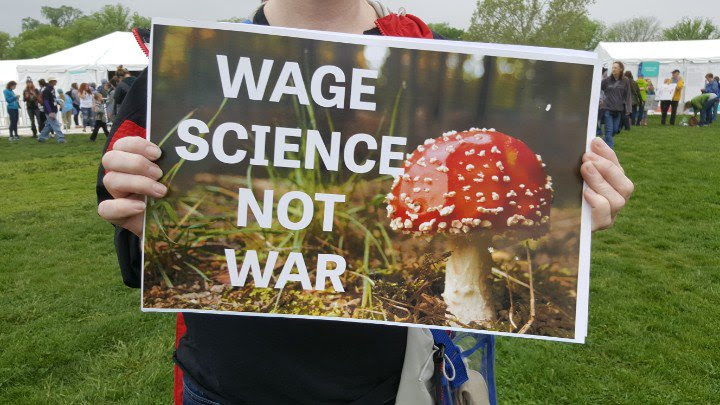 Analysis: ‘March for Science a Dud’

Analysis: Stand up and ‘March for Science’ say people who don’t know what science is

March “for Science” — an attempt to replace the failing Earth Day 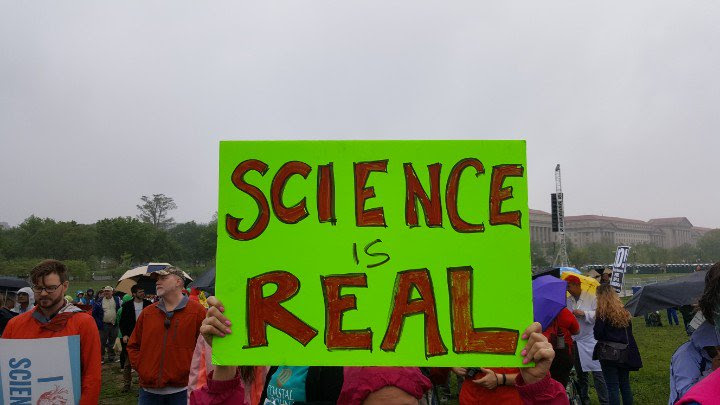 Meteorologist Joe Bastardi: The March for … What?

It’s a march for “robust funding” (give us the money)

This Isn’t A ‘March For Science’ — This Is About Economic And Political Policy
CFACT’s David Rothbard at the March filming: