On NBC’s Meet the Press Sunday, former CIA Director John Brennan said “there is a real question about the stability” of the United States under President Trump .

Asked how the CIA would assess the stability of the American government right now as if it were a foreign power, Brennan replied, “We would look at it as a very corrupt government that is under the sway right now of this powerful individual who has been able to just corrupt the institutions and the laws of that country.”

Asked if the U.S. was a stable democracy, Brennan answered, “I think it’s no longer a democracy if an autocrat has it in his hands… Given the tremendous political instability here which is consuming the government now, it’s not able to take care of the issues that it need to address, whether it be on the domestic front or the foreign policy front. Yes, there is a real question about the stability.”

The country would be a great deal more stable if Deep State subversives like Brennan hadn’t spend Trump’s entire term attempting a coup. 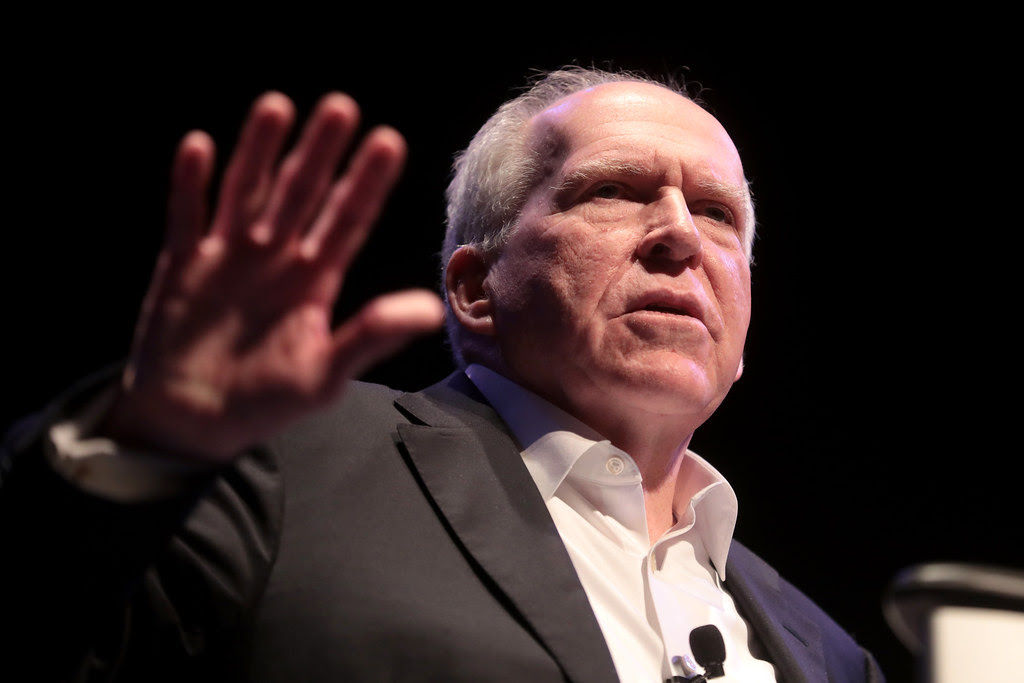 In a March 2015 speech at the Council on Foreign Relations, Brennan refused to refer to the Islamic State (ISIS, a.k.a. ISIL) terror group as an “Islamic” entity. Said the CIA director:

“[Q]uite frankly I am amused at the debate that goes on [that] unless you call it [Islamic terrorism] what it is, you don’t know what you’re fighting. And let’s make it very clear that the people who carry out acts of terrorism, whether it be Al Qaeda or the Islamic State of Iraq and Levant [ISIS], are doing it because they believe it is consistent with what their view of Islam is. It is totally inconsistent with what the overwhelming majority of Muslims throughout the world [believe]. And so by ascribing it as a Muslim terrorism or Islamic extremism — I think it does really give them the type of Islamic legitimacy that they are so desperately seeking, but which they don’t deserve at all. They are terrorists, they’re criminals. Many of them are psychopathic thugs, murderers, who use a religious concept and masquerade, mask themselves, in that religious construct. And I do think it does injustice to the tenets of religion when we attach a religious moniker to [ISIS]. The Muslims I know … The people I’ve worked with throughout the Middle East most of my career find just disgraceful that these individuals present themselves as Muslims…. The words we use can have resonance … [W]hat they [ISIS terrorists] do has no basis in any upstanding religions.”

To learn more, click on the profile link here.

RELATED ARTICLE: John Brennan Traveled to Ukraine On Fake Passport, Was It To Get Dirt On Trump?