Arlington, TX – Leadership of Students for Justice in Palestine at the University of Arlington, Texas (SJP UTA), which has been embroiled in an anti-Semitism scandal, are claiming that they don’t know former friend and colleague Nancy Salem. They are also denying that any of their members have made anti-Semitics comments.

Canary Mission’s evidence concludes that both of these claims are flagrant lies.

Following the release of a report by campus watchdog Canary Mission, SJP UTA have sought to distance themselves from Salem. The former pre-school teacher who called to “kill some Jews” on Twitter, was fired yesterday from her job at Children’s Courtyard amidst calls for the school to shut down.

In response, SJP UTA yesterday posted a statement on their primary Facebook page making two absurd denials. The first is that Salem has “never been associated with SJP” and second that “Sjp has never had any members make any anti-semitic [sic] statements.” 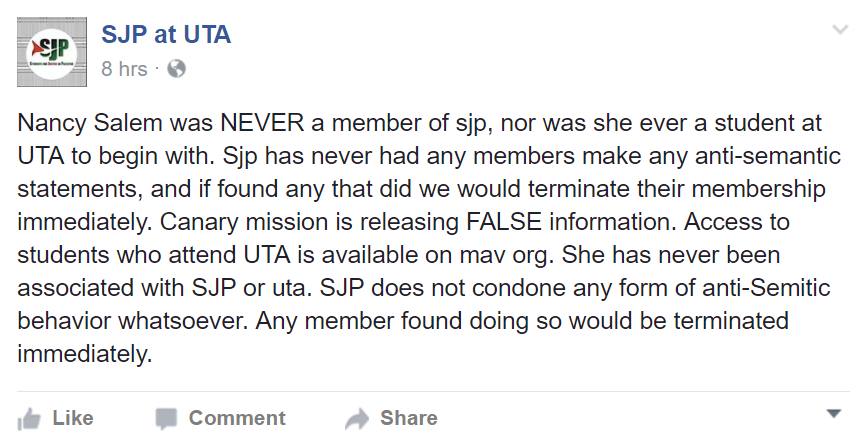 Canary Mission’s investigation of the activists Twitter interactions revealed that at least half a dozen SJP UTA members implicated in Canary Mission’s expose, including their Vice President, are closely acquainted with her. 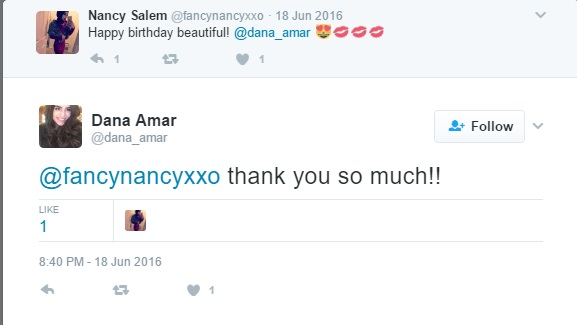 Though never a student at UTA, a point made clear in Canary Mission’s profile on her, Salem was clearly affiliated with the SJP UTA chapter. SJP UTA have a second Facebook account, which can still be viewed now, even though since our expose the names of those individuals implicated in their anti-Semitism scandal have since been removed and there is virtually no content. Nancy Salem was one of those individuals whose name was removed. 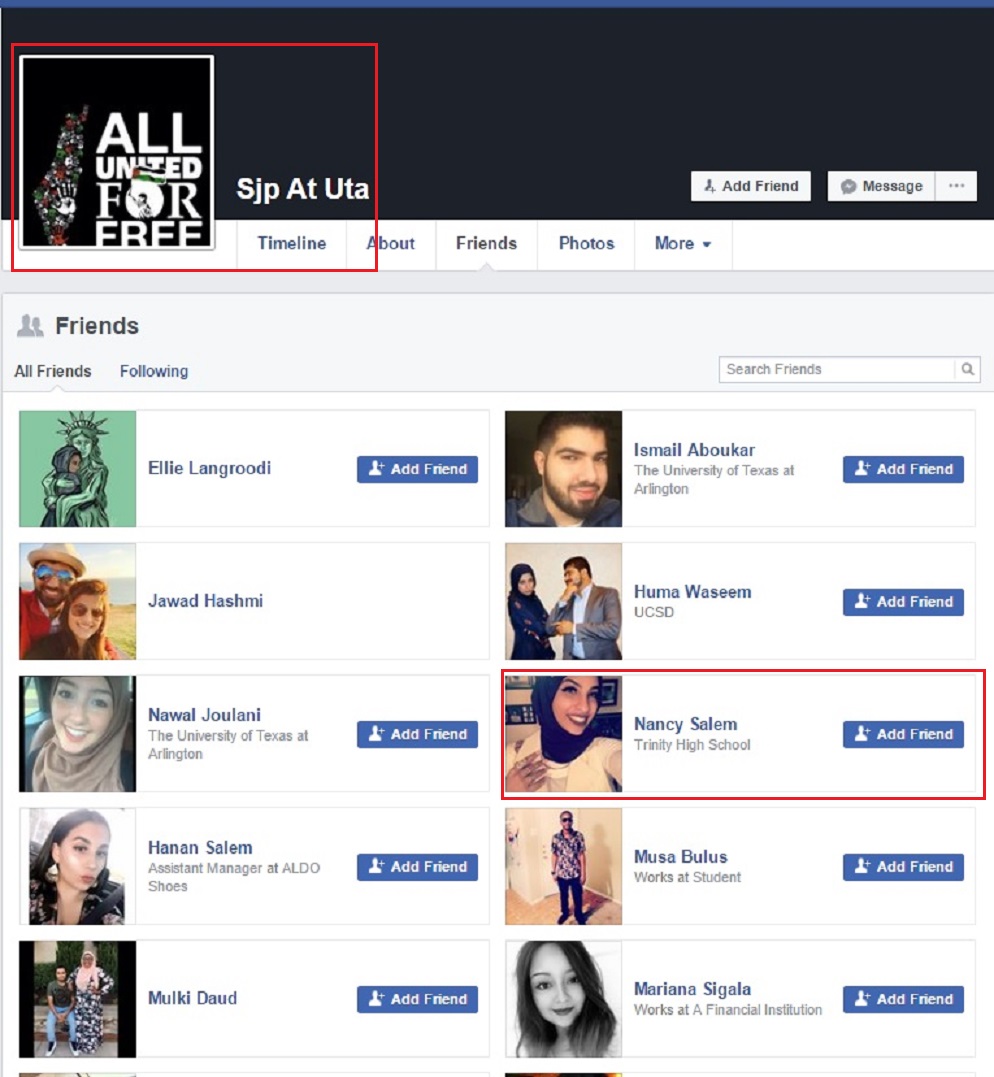 Below are examples of interactions between Salem and the above mentioned SJP UTA activists clearly showing that they know her:

Lastly, here are just two examples conclusively showing just three SJP UTA members together with their anti-Semitic statements. The rest can be found on the Canary Mission UTA page. 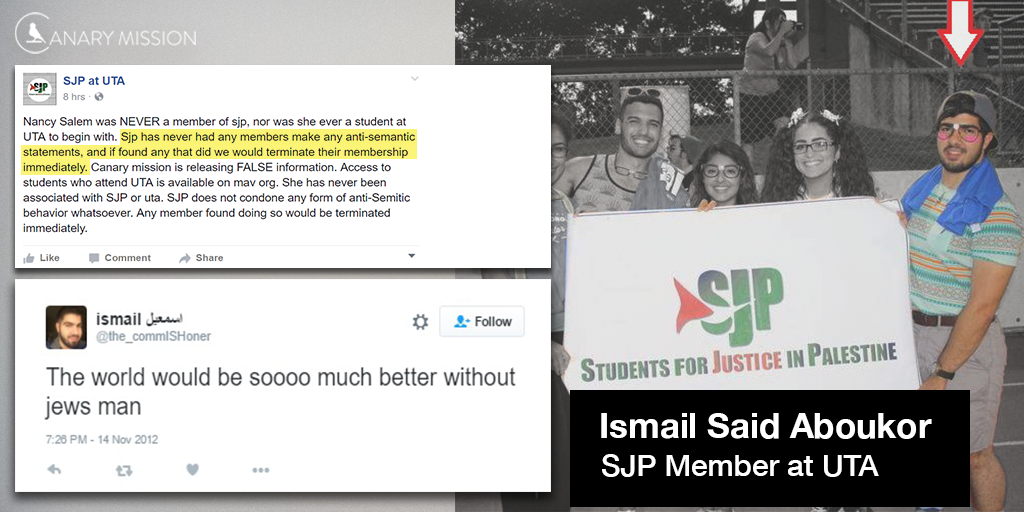 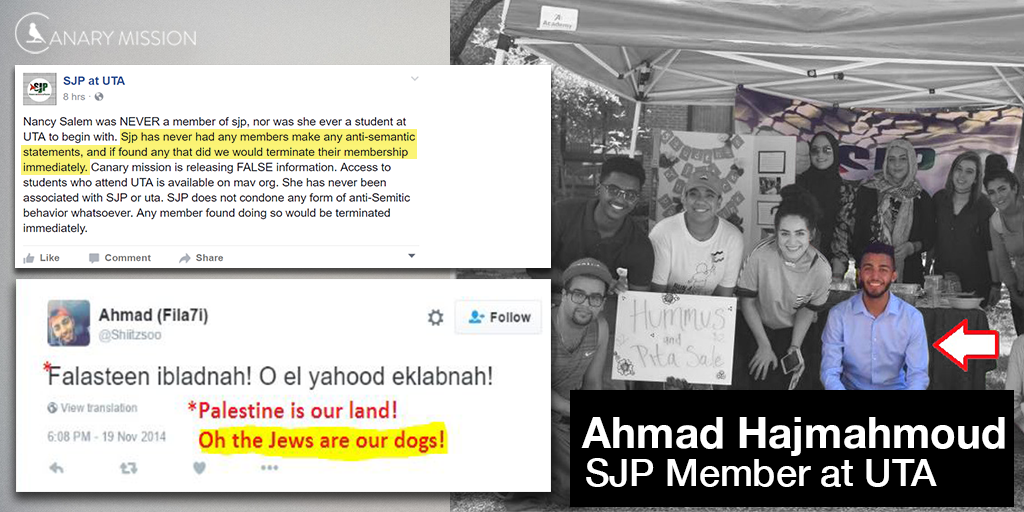 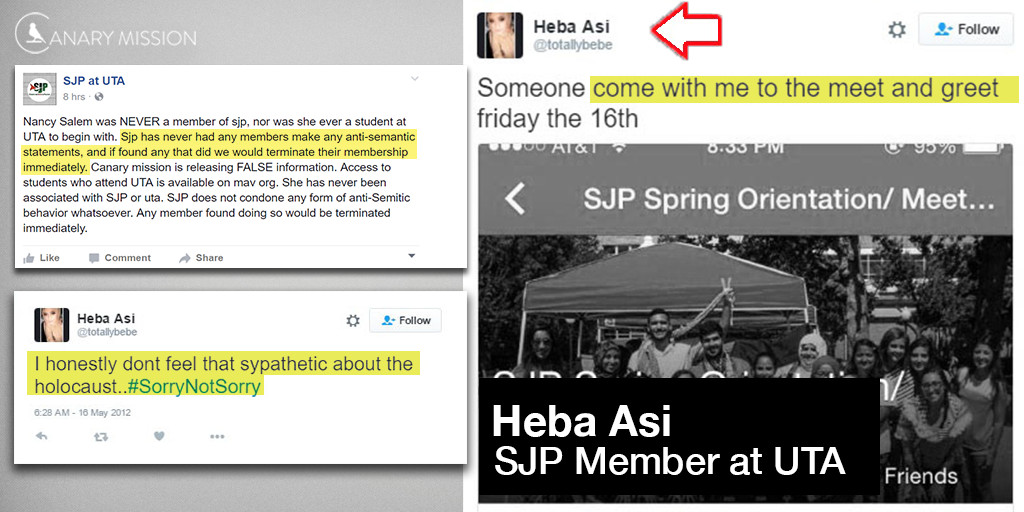