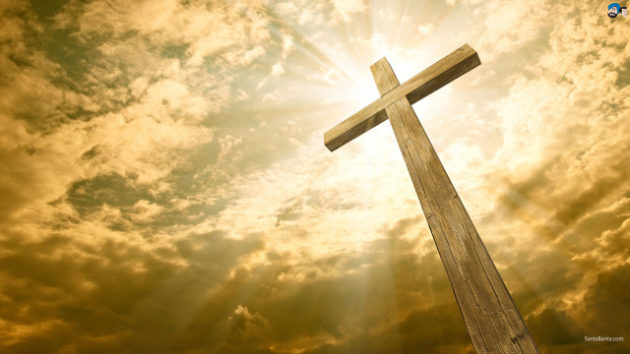 There are some, including yours truly that believe America will soon experience a major turnaround for the better.  Still others are predicting her permanent demise on the ash heap of history.  It is true, ­­­our republic is riddled with a plethora of problems.  She is morally, ethically, spiritually and without a doubt, economically crippled.  The wasteful spending of congress and the even more wasteful application of economic decisions by the most socialist oriented president in United States history is placing our nation on the brink of utter collapse.  America’s corporate tax rate remains the Obama preferred highest on planet earth.

When one throws in the zealous over regulation of economic activity that also contributes to the continued reduction of America’s economic power.  A record number of Americans remain jobless and are increasingly feeling hopeless about their prospects of finding employment.  Scores of small and medium sized businesses have closed over the past seven years, because of the never ending piling on of PC and environmental regulations. Thanks to environmental regulation bullying, there are no longer enough jobs to go around for all qualified sovereign citizens of America who want to work.  The Obama era regulatory wall against economic activity is so massive that increasing numbers of Americans believe that their children and grandchildren will experience a much poorer America and fewer opportunities.

One of the long term goals of the progressives has been to weaken the United States, so that their cradle to grave control of “We the People” mission could be accomplished.  In order to accomplish such a gruesome goal, there first had to be a successful changing of the spiritual, moral and ethical focus of the people of America.

One of the major complaints of the promoters of socialism and communism throughout our republic during the early years of the twentieth century was a three pronged statement of disdain.  The progressives complained that they could not change America, because far too many Americans were hard working and creative, had close knit families, also they loved their God and country.  To eradicate American patriotism, the influence of Christian virtues and break up the family structure, government schools no longer remained places of education for the betterment of the individual.  They were transformed into evil dens of indoctrination against all that is good and intellectually advantageous for students.

Since the 1960s dens of indoctrination throughout the United States have done a masterful job of gradually transforming America from a constitutionally limited republic into a mobocracy that places the desires of the PC group above the unalienable rights of the individual.  At one time, before decades of indoctrination, Americans properly understood that each one of us are fearfully and wonderfully made.  They also realized that our rights must not be trampled upon by misguided individuals or the tyrannical government.

However, the result of a multi decade long indoctrination process is a warped mentality amongst many of our fellow Americans.  Many now equate the free exercise of Christian religious beliefs with bigotry and racism.  That craziness occurs because most Americans today don’t know their rights, thus it is as if they don’t have any.

Because of the unrelenting slant of government school indoctrination and dragon media mis-information, many Americans are not even offended when a U. S.  Christian bakery owner loses their business and is forced to pay over $150,000 dollars in fines for not putting a certain decoration on a wedding cake.  Of course, the bakers received very little defense of their right to function according to their Christian beliefs.  On the other hand, Muslim bakeries are allowed to deny decorating wedding cakes for homosexuals.

Also due to rampant indoctrination, millions of wrong-headed individuals support the Obama administrations mission to fill our republic with both illegal aliens and Muslim refugees from Syria and elsewhere. Those misguided souls, don’t even care that illegal immigrants and Muslims are streaming in and plotting to do harm within the borders of our misguided nation.  Of course, the same indoctrinated useful idiots who called the Christian bakers bigots are calling for America to roll over and please the Islamists invading our country.  This example of self-destruction American style must be brought to a halt or the United States of America will soon be one nation gone under for sure.

Just twenty years ago, no president would dream of openly fighting against every single idea, proposal, or piece of legislation that would benefit our republic.  However, the United States is crumbling under the watchful eyes and destructive mission of President Barack recognition of or k Husein Obama.  He’s now officially embarked upon his madman mission of dismantling the God given and Second Amendment recognition of our unalienable right to defend ourselves.  The president is also seeking is seeking to release thousands of dangerous criminals from federal prison while trying to take away our means of protection.

The president added insult to injury by crying crocodile tears on national television over the Sandy Hook shooting victims. What a guy.   Yet Mr. I want your guns does not care enough about Christians being beheaded in the Middle East to allow them to join the throngs of refugees he is allowing into America.  Remember, he said he wants to “fundamentally change America.”  Unfortunately many Americans prefer his destructive mission over the “Make America Great Again” message of Donald Trump on Senator Ted Cruz’s stated desire to restore our nation.  How sad indeed.

But rather than throw in the towel, or sit around and hope that things get better, let us resolve to first ask God to forgive us for allowing the enemies of all that is good to control or heavily influence the school system, the media, the church, the economy and even the entertainment industry.  In order for America to be authentically restored then she must stop indoctrinating each generation of younger Americans against all that is good via the various spheres of influence.  Going forward we must consider the fact that what is taught to one generation dictates the direction a nation takes in the next generation.  In future columns I will be highlighting more cures for what ails America today to help insure happy days in our republic’s future.