Big government is coercive government, regardless of what label is applied.

In 2016, I toured the Tuol Sleng Genocide Museum in Cambodia, which memorializes the victims of communist butchery in that nation.

Earlier today, I was lucky enough to get a tour through the House of Terror, a museum in Budapest that commemorates the horrors that Hungary endured during both Nazi occupation and Soviet occupation.

Some of the exhibits are uplifting, such as the photo from the 1956 uprising that shows a toppled statue of Stalin. 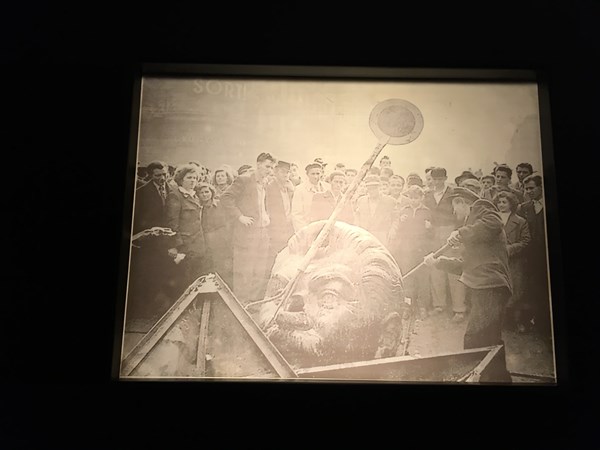 Other parts are downright depressing.

Or, in the case of these torture instruments, certain exhibits are utterly horrifying (you can use your imagination to figure out what the communists did with the glass tubes). 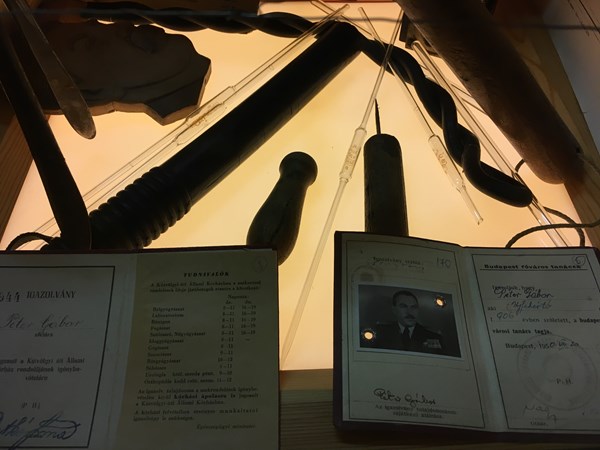 If you go to Hungary, the House of Terror should be on your list of things to do.

I was particularly gratified to learn that it’s the most-visited museum in Budapest. Not simply because it’s filled with interesting material, but because it helps people understand that all forms of statism are wrong.

Which is a good excuse for me to share excerpts from a couple of columns on the common thread between fascism and socialism.

All Forms of Statism Are Wrong

In a column last November for the Foundation for Economic Education, Brittany Hunter shared some of Friedrich Hayek’s analysis of the philosophical link between national socialism and international socialism.

F.A. Hayek’s The Road to Serfdom, …in chapter twelve, …Hayek highlights the very important connection between the socialist and Nazi intellectuals by profiling a handful of prominent German Marxist supporters… Hayek points out that contrary to what many think, Nazism did not simply appear out of thin air and infect the minds of docile German people. There were academic roots that, while grown in the soil of socialist thought, grew into a philosophy that praised German superiority, ultimate war, and the degradation of the individual.

…Beginning his list of influential thinkers prior to WWII, Hayek begins with the dedicated Marxist who later embraced nationalism and dictatorship, Werner Sombart (1863-1941). …He seethed with criticism for the English people, who, in his mind, had lost their warlike instincts. …His other main criticism of English culture was the emphasis placed on the individual. For Sombart, individual happiness was hampering societies from being truly great. …Professor Johann Plenge (1874-1963) was another leading intellectual authority on Marxist thought during this time. He also saw war with England as a necessary struggle between two opposite principles: emphasis on the individual and organization and socialism. …Interestingly enough, many…socialist philosophers eventually abandoned Marxism in favor of National Socialism… while Prussian militarism was seen to be the enemy of socialism, Spengler helped bridge that gap. Both schools of thought require an abandonment of the individual identity. …This hatred and fear of the individual is the worldview espoused by these thinkers and it continues on with those who claim to be socialists today. Unless the concept of individualism is completely eradicated, the glorified state cannot come into existence.”

Earlier this year, Byron Chiado echoed this analysis of Hayek’s Road to Serfdom in another FEE column, pointing out that all forms of socialism reject classical liberalism.

The bulk of the book makes the argument that central planning and interventionism inevitably lead to authoritarianism… Towards the end of the book, he deals with the undeniable authoritarians of his time and casts the national-socialist movement as one built on disgust with liberalism. …Sombart, like many Germans in the early 20th century, was compelled by a case for war between the British and Germany on the grounds that the British…pursuit of individual happiness, which he saw as a disease contracted from a society built on commercialism. Laissez-faire was an unnatural anarchic order giving rise to parasites and dishonest merchants… another Marxist, Sociologist Johann Plenge…moved into the shamelessly totalitarian realm that attracted so many Marxist leaders… Hayek gives…a warning to England; that the “conservative socialism” en vogue at the time was a German export, which for reasons he details throughout the book, will inevitably become totalitarian. …This was not a sensationalist attempt to prove his point. Hayek was rather calmly pointing out an example of the type of government one could expect in a society that has discarded liberalism for planning.”

Amen. Big government is coercive government, regardless of what label is applied.

Which is why libertarianism (what Hayek would have called liberalism, meaning classical liberalism) is the proper philosophy of government. Assuming, of course, one values individual rights and civil society.

P.S. I also visited the Solidarity Museum in Poland a few years ago. Maybe I could put together a guide-book on the horrors of totalitarianism.