The Trump administration returned to the U.S. Supreme Court Monday night seeking to end the Deferred Action for Childhood Arrivals (DACA) program, an Obama-era amnesty initiative that extends protected status to illegal aliens brought to the U.S. as children.

The move is aggressive and unusual, as decisions on Trump’s efforts to rescind DACA are still pending in several federal appeals courts, and the justices seldom take up cases before those judgments issue. But the U.S. Department of Justice told the Supreme Court Monday that action is needed in the near term.

The Trump administration previously sought the Supreme Court’s review of its efforts to phase out DACA. After two federal judges issued injunctions requiring the government to continue administering the program, the Justice Department bypassed normal appellate procedure and went directly to the Supreme Court on Jan. 18 to vindicate its right to terminate the program.

The justices rejected that request on Feb. 26, but asked the 9th U.S. Circuit Court of Appeals to quickly process the case so it could return to the high court in a reasonable timeframe. Other challenges to DACA repeal efforts are currently before appeals courts in New York and Washington, D.C.

“It is assumed that the Court of Appeals will proceed expeditiously to decide this case,” the Supreme Court’s February order read. No decision has since come from the circuit courts.

In a letter attending the government’s petition, Solicitor General Noel Francisco explained that the high court should take the cases now — even though the appeals courts have yet to render decisions on the matter — to ensure the justices can resolve the dispute during the current term.

“As this Court’s previous order recognized, prompt consideration of these cases is essential,” the letter reads. “By virtue of the district courts’ orders, DHS is being required to maintain a discretionary policy of non-enforcement sanctioning an ongoing violation of federal law by more than half a million individuals.”

“Yet, absent prompt intervention from this Court, there is little chance this dispute will be resolved for at least another year,” the letter adds. 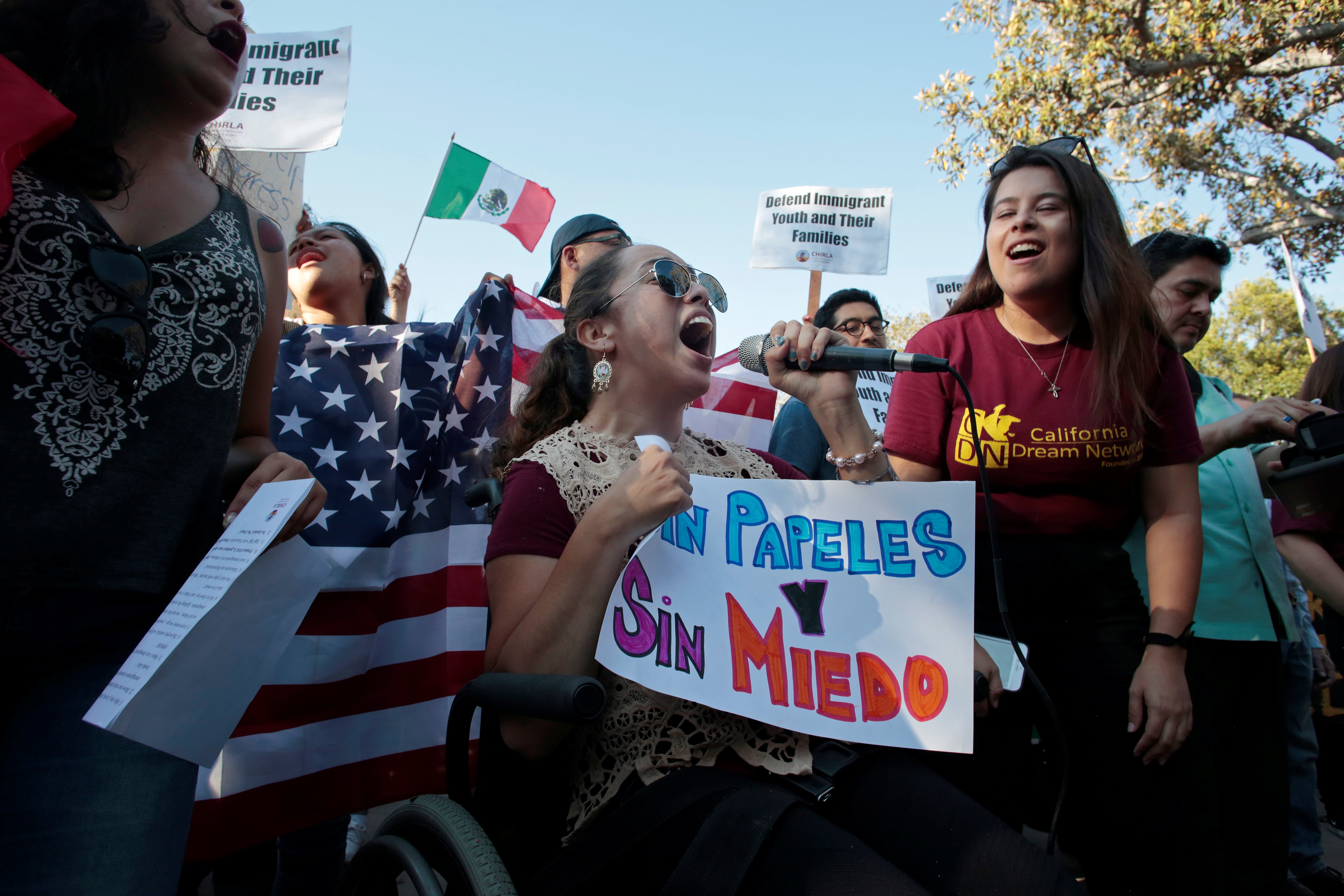 On the merits of the dispute, the Trump administration contends that its decision to terminate DACA cannot be reviewed in court, since the program exists entirely at the executive branch’s discretion. Even if its termination decision is reviewable, they continue, it is still reasonable and lawful.

The Leadership Conference on Civil and Human Rights denounced the move as an “election eve stunt.”

“The day before an election that will have huge implications for this administration, Attorney General Jeff Sessions and his Department have shamelessly asked the Supreme Court to bypass the appellate courts in their quest to end DACA,” said Vanita Gupta, president of the Leadership Conference. “This administration is in a rush to pull the rug out from under Dreamers and subject them to deportation. This extraordinary move is blatantly cruel to immigrant youth who call this country their home and contribute to their communities.”

“The Supreme Court must reject this politically motivated and unnecessary request,” she added.

But Sessions said that the 9th Circuit left the administration with little choice.

“The Department of Justice should not have been forced to make this filing today — the 9th Circuit should have acted expeditiously, just as the Supreme Court expected them to do,” the AG said Monday night. “But we will not hesitate to defend the constitutional system of checks and balances vigorously and resolutely.”