The massive demonstrations have led to six deaths, 1,648 injuries, and roughly 2,300 arrests—and they have forced the French government to respond to the protesters’ demands.

What’s going on in France?

For the past two months, a protest movement known as Gilets Jaunes (the Yellow Vests) has rocked France. The French government has considered imposing a state of emergency to prevent a recurrence of some of the worst civil unrest in more than a decade.

What are the Gilets Jaunes protesting?

The protests were started to oppose a “green tax” increase on gasoline and diesel fuel. The taxes are part of an environmental measure to encourage a reduction in the use of fossil fuels. The protesters are demanding a freeze on these taxes because they disproportionately hurt the working class.

However, the protests have expanded to include other economic and social issues, including an increase in the minimum wage, more generous pensions, lower taxes, and easier university entry requirements.

How much was the increase in fuel taxes?

Taxes on diesel fuel have recently gone up 7 euro cents (nearly 8 US cents) and 4 euro cents on gasoline (about 5 US cents).

Why are they wearing yellow vests?

For the past decade, French law has required all motorists to have a “high-visibility upper-body garment” within arm’s reach in case the driver needs to get out of an immobilized vehicle. The protestors adopted them because they are widely available, and their distinctive color helps to serve as an identifying marker for the fuel protests.

How many people have participated in the protests?

According to the Interior Ministry, the number of protesters peaked last month at 282,000.

How many people have been injured, killed, and arrested?

To date, the protests have resulted in the deaths of six people. (Editor’s note: The death toll has since increased to eight.) Approximately 1,648 others have been injured, including 552 police officers. More than 1,600 people have been taken in for questioning and 2,300 arrested.

How has the French government responded?

France’s President Emmanuel Macron has promised several concessions. He agreed to raise the minimum wage by 100 euro per month starting in 2019 (a 7 percent increase), canceled a planned tax increase for low-income retirees, removed a tax on overtime pay, and said that employers would be encouraged to pay a tax-free end of year bonus to employees.

Macron refused to reintroduce the solidarity tax on wealth, though, saying “this would weaken us, we need to create jobs.” That solidarity tax was an annual direct wealth tax on those in France with assets in excess of 1,300,000 euros ($1.47 million).

The estimated cost of the measures is likely to be between 8-10 billion euros.

Why is France suffering from such dire economic problems?

As Samuel Gregg, the research director for the Acton Institute, explains:

Much of the country is, for example, being crushed by taxes. By international standards, French income tax rates are steep. There’s also a 20 percent Value Added Tax applied to most purchases that disproportionately impacts the less well-off. Altogether, the total tax burden amounts to 45.5 percent of total domestic income. Macron’s now-suspended proposal to raise fuel taxes in the name of fighting climate change turned out to be the last straw for the France that lives outside Paris’s wealthy arrondissements, where few people drive cars.

Why then are taxes so high? One reason is that government spending in France amounts to a whopping 57 percent of annual GDP. Most of this is expended on France’s burgeoning welfare state.

Another longstanding economic problem is France’s labor laws. Despite recent changes, the country’s 3,000-page Code du Travail still makes it hard to fire anyone who possesses what’s called a contrat de travail à durée indéterminée—an open-ended contact with no closing date. Hence, many French businesses simply don’t bother expanding their permanent employee base. Numerous young French men and women are thus reduced to cobbling together part-time arrangements or drifting between temporary contracts. The resulting uncertainty corrodes their ability to make long-term plans, such as when to marry and have children.

For all the chatter about France being laid waste by “neoliberalism,” its large and modern economy isn’t all that free. In the heyday of economic liberalization in Europe in the 1980s and early 1990s, France never had a dynamic Thatcher-like figure. In the 2018 Index of Economic Freedom, France comes in at an unimpressive 71 out of 180 countries. In the European region, it ranks an embarrassing 34 out of 44, wedged between Montenegro and Portugal.

With the exception of mildly market-friendly reforms implemented by Charles de Gaulle in 1958 and even milder changes introduced by François Mitterrand in the early 1980s, successive French governments have long pursued dirigiste economic policies. One manifestation of this heavy government involvement in the economy is the protection and subsidization of numerous industries at French taxpayers’ expense. Much of this assistance is justified in the name of maintaining what French governments refer to as the country’s “national champions.” It’s good, the argument goes, for France to support its high-flying companies. Contemporary examples include businesses like the train-maker Alstom or the telecom equipment manufacturer Alcatel-Lucent. But if these companies are such world-beaters, why do they require endless help from the French government?

This article was reprinted with permission from the Acton Institute. 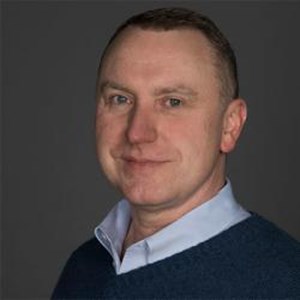 Joe Carter is a Senior Editor at the Acton Institute. Joe also serves as an editor at The Gospel Coalition, a communications specialist for the Ethics and Religious Liberty Commission of the Southern Baptist Convention, and as an adjunct professor of journalism at Patrick Henry College. He is the editor of the NIV Lifehacks Bible and co-author of How to Argue like Jesus: Learning Persuasion from History’s Greatest Communicator (Crossway).

Here Are The Six Most Corrupt Congressmen of 2018, According To A Watchdog ...
Scroll to top