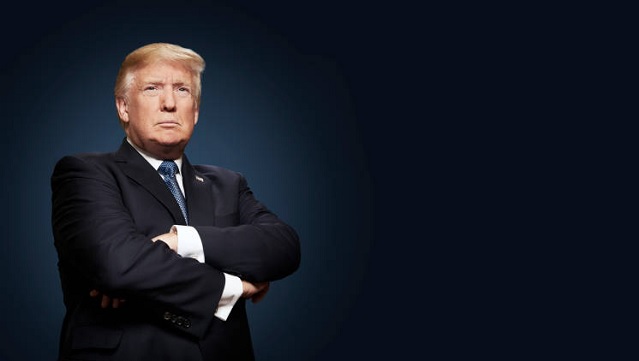 After Obama gave them billions, it’s easy to see why the Mullahs think America is a pushover. My latest in FrontPage:

Iran, said President Trump on the Rush Limbaugh show on Friday, has been “put on notice.” The President elaborated: “If you f–k around with us, if you do something bad to us, we are gonna do things to you that have never been done before.” Amid all the pearl-clutching on the Left over the President’s language (as if any Leftist politician speaksdemurely by comparison), the point has been lost that Trump’s tough stance toward the Islamic Republic of Iran has been effective in a way that Obama’s billions never were.

Back in April, for example, Trump tweeted: “I have instructed the United States Navy to shoot down and destroy any and all Iranian gunboats if they harass our ships at sea.” This came after, according to Business Insider, “nearly a dozen Iranian Islamic Revolutionary Guard Corps Navy vessels sailed out Wednesday to harass a collection of US Navy and Coast Guard vessels conducting operations in international waters.”

But then came Trump’s threat, and lo and behold, the Iranian harassment of American ships ended. Trump has demonstrated again and again that being strong with Iran, instead of pursuing appeasement as Obama did, works. As Obama (who stopped Israel from going after Quds Force commander Qasim Soleimani) concluded his notorious nuclear deal with Iran, Iranian political analyst Ali Wambold pointed out that the Constitution of the Islamic Republic “proclaims ‘the ideological mission of jihad,’ which it defines as ‘extending the sovereignty of God’s law throughout the world,’ through Iran’s Army and the Islamic Revolutionary Guards Corps.” Thus, he said, “to treat with the Islamic Republic over the particulars of its weaponry while failing to address the very purpose of its bellicosity is delusional. The so-called Joint Comprehensive Plan of Action does nothing to change the fact that, in plain Farsi, Iran is committed to world conquest by Islam, with its clerics as warlords. Those to be conquered include America (the ‘Great Satan’), Israel (the ‘Little Satan’) and the Sunni-led Gulf States.”

The nuke deal did nothing to change that aspiration because it cannot be changed. Iran’s Brigadier General Qolamhossein Qeib-parvar of the Islamic Revolutionary Guard Corps (IRGC) has declared: “There are only two things that would end enmity between us and the US. Either the US president and EU leaders should convert to Islam and imitate the Supreme Leader, or Iran should abandon Islam and the Islamic revolution. If they are not going to turn Muslim, we are not going to abandon Islam or the revolution either. But I do not know why some people believe that some day we will make peace with the US and start relations with them.”

On September 23, 2015, two months after the nuke deal was finalized, Khamenei published an article entitled “The Idols Will Be Shattered,” illustrated with a drawing of the Statue of Liberty shattered in pieces. In it he declared, “The idol of the soul, the idol of pride, [and] the idol of sexual lust; the idol of tyranny and subservience; the idol of global tyranny [that is, the U.S.]; the idol of sloth and irresponsibility; and the other idols that shame the precious human soul—a plan that will spring forth from the depths of the heart will shatter them.”

But then Donald Trump became President. Iran continued its adventurism, and got new sanctions. Nonetheless, it persisted, and Soleimani was killed. Do the mullahs really doubt that Trump will act swiftly and decisively in response to further Iranian provocations? The Left’s outrage over the President’s language may be designed to obscure the fact that his strategy is working. Islamic supremacists and jihadis generally understand the world in terms of strength and weakness. They respect strength and despise weakness, and they see appeasement and accommodation as weakness. When Obama gave them billions and a pathway to nuclear weapons within ten years, they became more aggressive than ever. When Trump spoke and acted more firmly, they have curbed their activities.

But will the establishment media ever grasp the change, or report it to the American people? Of course not. They would much rather f**k with the President.

PA mufti: Jihad against ‘thieving Jews’ is ‘a personal religious commandment for everyone who is capable of it’