How would you like to attend a political rally featuring President Donald Trump? How about one featuring former President Barack Obama?

Even better—why don’t you attend both? You get to help decorate the stage. You can even create a banner setting forth that party’s platform.

Given our polarized political climate, it’s a safe bet that most Americans would elect to participate in one rally or the other, but not both. It’s pretty easy to understand why: The whole point of those rallies is to support political positions that, for many of us, are rooted in deeply held beliefs.

This basic, logical principle seems to have eluded Washington Attorney General Bob Ferguson and the American Civil Liberties Union. This duo sued Barronelle Stutzman, a 74-year-old floral artist from Richland, Washington, and her business, Arlene’s Flowers, because she declined to participate in and design custom floral arrangements for a same-sex wedding ceremony.

Ferguson and the ACLU say that if Stutzman creates custom arrangements for any wedding, she must create them for same-sex weddings.

But there’s more. Stutzman not only designs custom floral arrangements for weddings, but also attends and personally participates in those sacred events. She decorates the venue with her artistic creations, attends the ceremony, and participates in wedding rituals. But doing that for a same-sex marriage squarely conflicts with her faith.

This is why, even though Stutzman loved her longtime customer and friend Rob Ingersoll, she respectfully declined his invitation to help celebrate his same-sex ceremony. Instead, she referred Ingersoll to other florists in the area who, in her words, she “knew would do an excellent job for this celebration.”

But the story didn’t end there, because Ferguson was unwilling to allow certain beliefs to go unpunished—namely, a religious belief that marriage is the union of one man and one woman. Despite the fact that he received no complaint from Ingersoll about Stutzman or her business, Ferguson sued this 74-year-old grandmother in her professional and personal capacity. The latter means that all of Stutzman’s personal assets, including her life savings, are at risk.

Stutzman went on to lose her case. After several years of legal proceedings, the Washington Supreme Court later ruled in State of Washington v. Arlene’s Flowers that Stutzman must pay penalties and attorneys’ fees for choosing to live consistently with her conscience.

But the story doesn’t end there, either. Alliance Defending Freedom attorneys representing Stutzman appealed the decision to the U.S. Supreme Court, which vacated the state high court’s ruling and ordered it to reconsider in light of the Supreme Court’s decision in Masterpiece Cakeshop. In that case, the Supreme Court condemned the hostility that Colorado demonstrated toward the faith of cake artist Jack Phillips.

This past Tuesday, Stutzman filed her arguments with the Washington Supreme Court, asking that it reverse the government’s punishment of her, just like the high court did in Phillips’ case.

As the Washington Supreme Court considers Stutzman’s plight once again, it would do well to remember there are people of good will on both sides of the marriage debate. The government should never be hostile to sincere religious beliefs of people of faith, and it should never seek to force anyone to violate their core convictions, especially by participating in a sacred event like a wedding ceremony.

Ours is a diverse society united by a commitment to freedom of belief, not a compulsion to uniformity of thought. A win for Stutzman will reaffirm that foundational American principle. 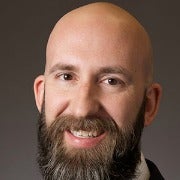 EDITORS NOTE: This column with images and video is republished with permission. Photo: Alliance Defending Freedom.